With all apologies to George R.R. Martin’s Game of Thrones: SUMMER IS COMING! From the VanderMeers to Lev Grossman to our own Mighty Mur, there’s an awful lot going on.

12-28 Durham’s Manbites Dog Theater plays host to Howard L. Craft’s new play Jade City Chronicles Volume 1, the first of a trilogy concerning the search for a new, great, black superhero. Craft was recently on WUNC’s The State of Things to talk about the play. (And earlier in the same show, James Maxey was on to talk about comic books and culture.) (Facebook event link to share around.) 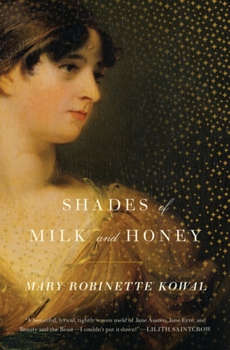 19-22 SFWA brings the Nebula Awards weekend to Washington, DC. A weekend of programs, workshops, and, of course, the Nebula Awards, where Raleigh’s Kij Johnson and Raleigh native Mary Robinette Kowal are nominees.

27-30 Balticon 45 in Baltimore, MD. Raleigh’s Mark Van Name is listed as one of the participants, and it’s not THAT far.

JUNE
3-5 ConCarolinas in Charlotte, with many local and regional guests including Natania Barron, Gail Z. Martin, James Maxey, Allen Wold, on and on.

14 A local science fiction and fantasy roundtable at the Cary Barnes & Noble, with Van Name, David Drake, James Maxey, Lisa Shearin, and Kelly Gay. Drake (The Legions of Fire) and Van Name (Children No More) will have new paperbacks out, the Van Name edited urban fantasy anthology The Wide Side (with local contributor Gina Massel-Castater) is due August 1, and Drake’s Out of the Waters (volume two of The Books of the Elements) is out July 19 and his collaboration with John Lambshead, Into the Hinterlands (which is a new SF story structured around the story of George Washington) is out September 1. Not to be outdone, Maxey recently signed a new three-book deal with Solaris Books for Greatshadow (Solaris Books, February 2012). This was a great panel last year, so definitely go check it out. (Facebook event link to pass around.) 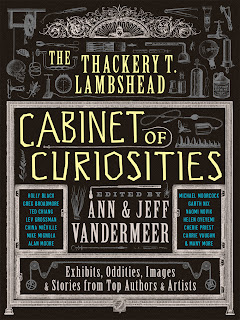 30 A Cabinet of Curioisites Literary Extravaganza! Join Hugo Award winning editor Ann VanderMeer and World Fantasy Award winner Jeff VanderMeer for a book release party and evening of celebration-give-aways, short humorous readings, and great conversations. Spotlight on the debut of The Thackery T. Lambshead Cabinet of Curiosities (HarperCollins) and definitive guide The Steampunk Bible (Abrams Image), along with Triangle author and Escape Pod editor Mur Lafferty’s new fiction series. Special guests of the Cabinet of Curiosities Literary Extravaganza include Cabinet of Curiosities contributors Ekaterina Sedia, Mur Lafferty, Scott Eagle, and S.J. Chambers (also coauthor of The Steampunk Bible). The Cabinet of Curiosities is an extraordinary anthology featuring art and fiction from the likes of Mike Mignola, Alan Moore, Holly Black, Lev Grossman, China Mieville, Carrie Vaughn, and more. Like books? Like beer? Both will be available. Come on out and support the arts, and have fun doing it. Presented by Bull Spec magazine and The Regulator Bookshop. At Durham’s Fullsteam Brewery (726 Rigsbee, Ave, Raleigh-Durham, NC), July 30 at 7 pm. Everyone welcome, no admission. (Facebook event link to pass around.) (Goodreads event link here.) (PDF flyers in color and black and white.) UPDATE: At 6 pm, The Davenport Sisters, host of the Steampunk radio show The Clockwork Caberet, will get things started with an hour of music!

30 Chapel Hill’s Flyleaf Books hosts Lev Grossman on his national tour in support of The Magician King, the sequel to his NYT-bestselling novel The Magicians. Not to be missed! This event is a real coup for the Triangle, so tell your friends, come out, and help send a message to the big publishers that RDU should continue to be a destination for author tours. (Facebook event link to pass around.) 31 Lewis Shiner‘s new novel Dark Tangos to be published by Subterranean Press. (Look for more of Shiner’s “Definitive Edition” backlog to be published over the summer as well.) 5-6 NC Comicon at the Morrisville Outlet Mall. Also check out their summer signing series which has June 25 and July 16 events already scheduled.
15 Raleigh’s Quail Ridge Books hosts Mary Doria Russell, author of The Sparrow, to present her latest novel Doc, a retelling of the life of “Doc” Holliday.

Whew. And there’s so much more to come! Natania’s debut novel Pilgrim of the Sky (Candlemark & Gleam), Jay Requard‘s The Night (Peak City Publishing), Teresa Frohock‘s Miserere (Night Shade, July), Rebecca Rowe‘s Circle Tide (EDGE Sci-Fi, Fall 2011), and two new SF conventions right here in the Triangle: illogiCon (January 13-15, 2012, with literary guest of honor Joe Haldeman) and ConTemporal (June 21-24, 2012). Between them, an exciting lineup for High Point’s StellarCon (March 2-4, 2012) with literary guest of honor Patrick Rothfuss. I keep saying it, but: it’s a fun time to be into speculative fiction in the Triangle.

Help do your part to spread the word! Use the Facebook event links above to easily invite your Facebook friends, or download and print the PDF flyers. Here’s a four-event flyer which is good for posting around. And I hope to see folks out and about!