Whew! Last weekend’s illogiCon was really fantastic; I’ve leave the con reports to others for now (Natania Barron rounds up a couple, including JL Hilton’s, here) but I do have some photos, and I’m working on transcribing the Tim Powers interview as well. It was absolutely fantastic to meet Mr. Powers, whose books really are wonderful reads. I’d been reading (and in some cases re-reading) some of his books ahead of the convention, and even though the convention’s past I’ve kept going on that front because, man, how can you stop in the middle of Declare? Anyway, there are some events this weekend to tell you guys about, including three stops by author Hal Johnson, whose book Immortal Lycanthropes Cory Doctorow calls a “YA novel unlike any other. … Required reading for budding happy mutants and their grownups.” More info below:

18 (Friday) 7 pm — The Regulator Bookshop hosts Hal Johnson: “Immortal Lycanthropes tells the incredible story of Myron Horowitz, a disfigured thirteen-year-old just trying to fit in at his Pennsylvania school. When a fight with a bully leaves him unconscious and naked in the wreckage of the cafeteria, Myron discovers that he is an immortal lycanthrope—a were-mammal who can transform from human to animal. He also discovers that there are others like him, and many of them want Myron dead.  Hal Johnson will be in the store to read and sign books.”

19 (Saturday) 1 pm — Atomic Empire hosts Hal Johnson (see above for book info) for a signing. Another reminder that Atomic Empire is the relocated and renamed “Sci Fi Genre”, now at 3400 Westgate Dr Suite 14B in Durham. 19 (Saturday) 4 pm and 8 pm — The Durham Performing Arts Center hosts a staging of C.S. Lewis’ The Screwtape Letters, presented by Fellowship for the Performing Arts. 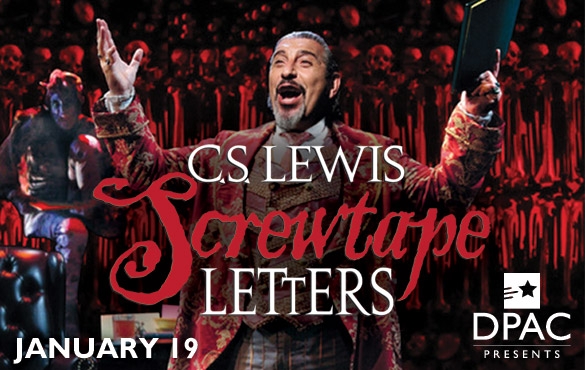 See you out and about, -Sam.

This entry was posted in Uncategorized and tagged hal johnson. Bookmark the permalink.