Charlotte author Gail Z. Martin is no stranger to Bull Spec’s ongoing guest column series The Hardest Part, as she wrote about launching a new epic fantasy universe with Ice Forged in January after six books in her Chronicles of the Necromancer oeuvre. Here, she writes about an interesting difficulty encountered when jumping between epic fantasy and urban fantasy for her forthcoming 2013 novel, Deadly Curiosities as part of her ongoing Days of the Dead blog tour. Read on past the end for more info on her tour and for info on a one-day Kindle Daily Deal tomorrow (Oct 31) on Ice Forged. 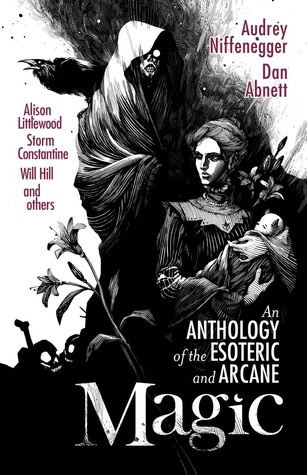 With my new novel Deadly Curiosities (Solaris Books, summer 2014), I make the jump to urban fantasy. I’ve been writing epic fantasy for seven years, and will be continuing my Ascendant Kingdoms Saga books for Orbit with Reign of Ash in April, so I’ll really have a foot in both camps. That’s like trying to ride two horses at once, which are each running at different paces.

I’ve read a lot from both epic and urban fantasy, but it was a bit of a switch shifting from third-person narrative for the epic books into first-person for the urban stories. But I would say that the hardest part has been convincing myself that it’s ok to use modern phrases in the urban book since I worked so hard to become aware of them and avoid them in the epic books.

There are so many words and phrases that we use every day that do a great job of conveying exactly what we mean. In normal conversation, we don’t worry about the origin. In writing, it matters a lot. There are a couple of etymology web sites that have become bookmarks on my computer because I am frequently checking to see when a word or phrase was first used, and how it was used. For example, people have been puking since the Middle Ages, but they didn’t barf until recently. And while they have been pissing for hundreds of years, it’s only in the last few decades that anyone has been pissed off.

It matters because the wrong word choice is an anachronism and it ruins the suspension of disbelief for the reader. The right words take the reader deeper into the atmosphere of the book. The wrong word yanks them out with a hook.

Since I’m a word junkie, I find this fun. I collect cool words like other people collect shiny rocks. So I’m overjoyed when I find a great period-authentic word that is exactly what I need. The trick is to sprinkle those less familiar, but authentic, words so that they are enjoyable little bonuses instead of annoying readers by sending them to their thesaurus on every page.

With Deadly Curiosities, it’s also fun because the book is set in modern-day Charleston, SC, so there are some wonderful concepts and phrases unique to that area that help to set the mood. And while visiting the Middle Ages to check out locations isn’t entirely possible (although it’s amazing how instructive it is to visit what’s left), scouting local spots in Charleston is easy and always a pleasure.

So there you have it–the hardest part is remembering to have characters speak in modern English. Strange, but true!

Come check out all the free excerpts, book giveaways and other goodies that are part of my Days of the Dead blog tour! Trick-or-Treat you way through more than 30 partner sites where you’ll find brand new interviews, freebies and more–details at www.AscendantKingdoms.com.

Reign of Ash, book two in the Ascendant Kingdoms Saga launches in April, 2014 from Orbit Books. My new urban fantasy, Deadly Curiosities, comes out in July, 2014 from Solaris Books. I bring out two series of ebook short stories with a new story every month for just .99 on Kindle, Kobo and Nook—check out the Jonmarc Vahanian Adventures or the Deadly Curiosities Adventures.

About the author: Gail Z. Martin is the author of Ice Forged in The Ascendant Kingdoms Saga and the upcoming Reign of Ash (Orbit Books, 2014), plus The Chronicles of The Necromancer series (The Summoner, The Blood King, Dark Haven & Dark Lady’s Chosen ) from Solaris Books and The Fallen Kings Cycle (The Sworn and The Dread) from Orbit Books. In 2014, Gail launches a new urban fantasy novel, Deadly Curiosities, from Solaris Books. She is also the author of two series of ebook short stories: The Jonmarc Vahanian Adventures and the Deadly Curiosities Adventures. Find her at www.ChroniclesOfTheNecromancer.com, on Twitter @GailZMartin, on Facebook.com/WinterKingdoms, at DisquietingVisions.com blog and GhostInTheMachinePodcast.com.

This entry was posted in The Hardest Part and tagged gail z. martin. Bookmark the permalink.