Monday, November 4, 2013: I’m late this month with the newsletter to be sure, and have at least one more thing to put the finishing touches on before I can click “send” — that being the annual holiday gift guide to the year in NC speculative fiction. But until then, some quick updates to get to:

Meanwhile, the current news and events for this week:

And two more events this Saturday (November 9th) in medium- and far-flung places:

Whew! But one more thing before I let you go, and that’s this: 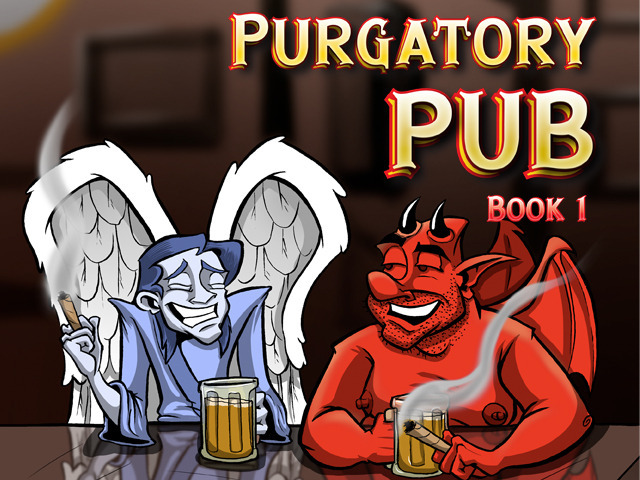 Bull Spec art director Gabriel Dunston has two weeks to go on his Purgatory Pub (Book 1) Kickstarter, where he’s already collected pledges of $1500 towards his goal of of $3500. The first of a five book graphic novel series on the afterlife, Purgatory Pub asks “What do the Angel and Devil on your shoulders do when they are done harassing you?” and answers “They go to a bar and talk about you.” There’s a 2-chapter PDF preview available as well, so go check it out!