Friday, September 11, 2015: As of this writing, there are 23 days left (October 5) to nominate F. Hampton Carmine’s Kindle Scout submission of Destiny’s Handmaiden for publication: “Their birth began a time of endings and beginnings in Destiny’s prophesy for The Dragon Isles. Many would become her tools, all would be transformed, but none more than Aislin. She suckled at the same breast, crawled and walked in the same nursery, studied with the same tutors, and felt like a twin. Languages, academics, courtly manners and intrigues were learned together, but Caitrin was the Princess and Aislin was her handmaiden until Liadan reappeared in her life, exposing their true destiny.” While quite a few of us certainly have “it’s complicated” feelings about Amazon as a bookseller, this would be a huge thing for Hampton, as he’d get an advance, an editor, and marketing help that would be a big boost to his career. So! Please, go click and vote! 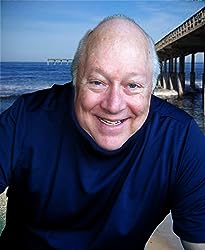 Meanwhile, the Charlotte Geeks are hosting their first ever 24-Hour Flash Fiction (1000 words or less) storywriting contest, starting this morning, so… get typing: “We will post the topic on Friday morning and then once posted give all participants 24 hours to write and submit their entry. The winning entry will be read aloud on our podcast Guardians of the Geekery and posted our website (www.charlottegeeks.com). The winner will also receive one free ticket to this year’s Geek Gala on Saturday, October 24th.” The deadline is set at 9:15 AM on Saturday, September 12. Good luck!

All right! That’s all I have for this week. Happy weekend, everyone, and see you in less than a week at Thursday’s SFWA Southeast reading at Duke!

11-13 (Friday to Sunday) — Paperhand Puppet Intervention presents this season’s series of performances at the North Carolina Museum of Art.

16 (Wednesday) 7 pm — Flyleaf Books hosts Brad Melzter for his new children’s book I Am Helen Keller in his Ordinary People Change the World series (I am Abraham Lincoln, I Am Amelia Airhart, I Am Albert Einstein, I Am Jackie Robinson, I Am Lucille Ball, and I Am Rosa Parks). (Kids.)

18-19 (Friday and Saturday) 7:30 pm — The Red Hat Amphitheater hosts The Lord of the Rings in Concert — “Peter Jackson’s award-winning epic will be projected digitally on an immense high definition screen while the combined forces of the North Carolina Symphony, North Carolina Master Chorale, and The Raleigh Boychoir bring the music of Middle-earth to life.”

18-19 (Friday and Saturday) — The Carolina Theatre of Durham hosts two screenings of David Lynch’s Dune: The Extended Cut. “Here’s a rare screening of the extended TV cut of this sci-fi masterpiece. Visit an unbelievable world beyond time and space. This is the saga of intergalactic warrior Paul Atreides (Kyle MacLachlan) and his messianic rise to leadership, featuring an all-star cast including Max Von Sydow, Linda Hunt and Sting.” Showtimes are Friday at 8:30 pm and Saturday at 12:45 pm.

19-20 (Saturday and Sunday) — Central North Carolina Pagan Pride Days Festival at the NC State Fairgrounds: “The Central NC Pagan Pride Days Festival attracts more than 3000 pagans, pagan friends and the pagan curious every year. Open to the general public, this autumn celebration offers two days of both entertainment and education through social, commercial and spiritual activities. All are welcome to join or observe rituals, attend workshops, meet local groups, and much more, all in a festival environment full of vendors, music, and fun.”

20 (Sunday) 12 to 5 pm — The Triangle Reads moveable feast and afternoon of panels and signings to close the SIBA trade show at the Hilton North Raleigh/Midtown, with more than 20 authors including Robert Beatty (Serafina and the Black Cloak), Holly Sullivan McClure (Conjuror), and Marly Youmans (Maze of Blood). Tickets are $99 which includes two lunches and two $15 vouchers for books. Seating is limited to 100 people, so register now! Followed by a cocktail hour with the authors at 5:30 pm.