The Hardest Part: Alexandra Duncan on Sound, ahead of her appearance this Sunday at Flyleaf Books

Asheville author Alexandra Duncan’s new novel Sound is the stand-alone companion to her award-winning novel Salvage, a debut that internationally bestselling author Stephanie Perkins called “kick-ass, brilliant, feminist science fiction.” But I believe my interest was piqued when it was being described as perfect “for fans of Beth Revis, Firefly, and Battlestar Galactica.” In Salvage, the action focused on Ava, “a teenage girl living aboard the male-dominated, conservative deep space merchant ship Parastrata, faces betrayal, banishment, and death. Taking her fate into her own hands, she flees to the Gyre, a floating continent of garbage and scrap in the Pacific Ocean.” In her adventures (which The Exploding Spaceship reviewed here) she meets Miyole, the young daughter of the ship’s captain who helps her get to earth. In Sound, the perspective shifts to more directly tell Miyole’s story: “As a child, Ava’s adopted sister Miyole watched her mother take to the stars, piloting her own ship from Earth to space making deliveries. Now a teen herself, Miyole is finally living her dream as a research assistant on her very first space voyage. If she plays her cards right, she could even be given permission to conduct her own research and experiments in her own habitat lab on the flight home. But when her ship saves a rover that has been viciously attacked by looters and kidnappers, Miyole—along with a rescued rover girl named Cassia—embarks on a mission to rescue Cassia’s abducted brother, and that changes the course of Miyole’s life forever.”

When Duncan wrote about the hardest part of writing Salvage back in 2014, ahead of her appearance in a YA panel at Flyleaf Books shortly after the book’s release, she described her struggles with her own neurochemical balances. For book two, she’s also coming to town as part of a fantastic YA author panel at Flyleaf Books, which includes Amy Reed and Jaye Robin Brown and is this coming Sunday (October 11) from 4 to 5 pm. But this time around, it was the “curse of the second book” that Duncan struggled against. In another fantastic essay for “The Hardest Part” guest column, she writes about having to learn how to write all over again. Enjoy! 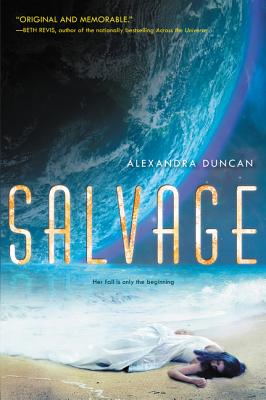 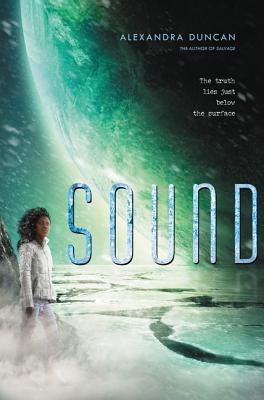 Among writers, there is an urban legend — the curse of the second book. It’s exactly what it sounds like. Your first book may have been magical and transporting, a critical darling. But your second book? It’s going to be terrible. And it’s going to bomb.

I was terrified I was going to fall prey to the curse when I was writing my second novel, Sound, even though I was trying to convince myself I didn’t really believe in it. I had seen a writer friend psych herself out so much over her second book that it was published several years after the original scheduled release date. As I drafted, I tried to ignore the voice in my head. What if it’s terrible? What if the first book was a fluke? Maybe you don’t really know how to write. You’re never going to finish this, and you’ll have to give back the advance, even though you already used that money to fix the roof, and they’ll repossess your house, and you’ll never fulfill your dream, and, and, and. . .

I have no idea how I managed to meet my deadline with that level of anxiety swamping my brain. The manuscript I sent my editor wasn’t nearly as polished as the one I sent her for my first book, and we went through three rounds of revisions before getting to copy edits, rather than two. The end product wasn’t terrible, like my unhelpful brain predicted. In fact, Sound earned a starred review from Kirkus. However, it was far more difficult to write than my first novel. After we finally finished editing it, I struggled to figure out why.

What I eventually realized is that in order to finish your second book, you have to learn to write in an entirely different way than you have up until that point. With my first book, I had all the time I needed. There was no deadline, other than one I imposed on myself. I could rewrite, tinker, and polish until the book was as perfect as I could make it. My friends and colleagues who acted as first readers had plenty of time to read my work and help me mull over plot holes or brainstorm improvements. Then I sent the manuscript to an agent, who helped with further revisions, all before the novel landed on my editor’s desk.

The second time around, my editor set my deadline. Instead of several years to work on my novel, I had one. This meant less time for revisions and less time for my first readers to give me feedback. Whereas before, I had been able to wait several months for them to find time to read my book, with Sound, fewer people were able to read it in the short amount of time I had before it was due. There was less time for polishing, brainstorming, and mulling. There was also the psychological difference between writing for myself with the hope of publication somewhere down the road and writing under contract, which, for me, brought a tidal wave of anxiety with it. It was not a fun experience.

What I didn’t realize until I sat down to begin drafting my third book was that, for all my struggles with Sound, it had taught me how to write under these new conditions. I had proved to myself that this was something I could actually do. As a result, I was able to let go of my worry enough that I could access that deep pleasure I felt in writing again. The words came more naturally, and when I did get stuck, I could jump straight to the strategies I knew would help me get past my writer’s block, rather than flailing around feeling worthless.

The curse of the second book may have felt like a curse at the time, but in retrospect, I’m able to see it for what it was. Not a disaster, but a learning experience. Not failure, but growing pains. Not a curse, but a normal reaction to changing circumstances. Sometimes the hardest part ends up being the most helpful. Alexandra Duncan is a science fiction and fantasy writer. SOUND, the companion to the award-winning SALVAGE, was released SEPT. 22nd, 2015. Her short stories have been published in THE MAGAZINE OF FANTASY AND SCIENCE FICTION and THE YEAR’S BEST SCIENCE FICTION AND FANTASY. She lives with her husband and two monstrous, furry cats in North Carolina. You can visit her online at www.alexandra-duncan.com.

This entry was posted in The Hardest Part and tagged alexandra duncan, flyleaf books. Bookmark the permalink.

One Response to The Hardest Part: Alexandra Duncan on Sound, ahead of her appearance this Sunday at Flyleaf Books