April is here, and, finally, so is Spring — hopefully to stay this time. March was quite a month, with a large helping of new books and several fantastic events, and April is off to a cracking start with a full handful of more new books and another round of can’t-miss events, starting today, Thursday April 3, with Lev Grossman at the North Carolina Literary Festival at 7:30 pm, reading at the James B. Hunt Jr. Library Auditorium at NC State’s Centennial Campus, and continuing all weekend including Junot Diaz (Friday, 7 pm), Karen Joy Fowler and R.L. Stine in a special Monti storytelling event (Friday, 8 pm), Karen Joy Fowler and Therese Anne Fowler (Saturday, 11:30 am), Nathan Ballingrud, R.L. Stine, and Peter Straub (Saturday, 12:30 pm), John Kessel and Peter Straub (Saturday, 3:30 pm), a “Literary Fantastic” panel (Sunday, 2 pm, with Kessel, Ballingrud, Dale Bailey, and Richard Butner), and many and much more for readers of all ages.

There are some new events coming up as well, including: Flyleaf Books hosting Ann VanderMeer on Monday, April 21; Quail Ridge Books hosting Mary Robinette Kowal on Monday, May 12; book launches from local authors Jen McConnel, Jay Posey, and Monica Byrne; and too many more to list up here, so do check out the complete listings below.

Speaking of new books, something is absolutely in the air (and likely water) here, as March and April are absolutely packed with NC-authored science fiction and fantasy. How many? Here’s March: Mur Lafferty’s Ghost Train to New Orleans; Jenna Black’s Resistance; Jen McConnel’s Daughter of Chaos; Margaret Killjoy’s A Country of Ghosts; and Scott Nicholson’s After: Milepost 291. And already out in April? Asheville author Alexandra Duncan’s debut novel Salvage; Charlotte author Gail Z. Martin’s Reign of Ash; and the essay anthology Green Planets: Ecology and Science Fiction co-edited by (ex-Durham, sadly) Gerry Canavan. In addition to new books, there are plenty of new editions as well, from a newly-announced special limited definitive edition of Lewis Shiner’s Glimpses from Subterranean Press, to ReAnimus Press editions of Allen L. Wold’s backlist, to a mass market paperback edition of Tony Daniel and David Drake’s The Heretic in Drake’s “Raj Whitehall/The General” series. And speaking of Tony Daniel, his radioplay adaptation of Eric Flint’s novella “Islands” is set to be recorded this weekend, with a fantastic cast, if I do say so myself. 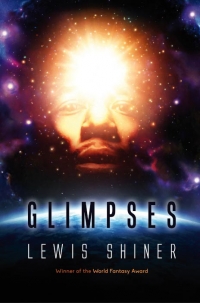 It’s also been a near-banner month for new web content at bullspec.com ranging from reviews to interviews and guest columns and more: The Exploding Spaceship Release Day Edition (a day late in US and a day early in the UK): Reviews of Emilie and the Sky World and the 57 Lives of Alex Wayfare; Coming to Town: Kim Harrison for The Undead Pool, interviewed by Sharon Stogner; The Exploding Spaceship Reviews Some Recent Good Urban Fantasy Reads: The Cormorant, Black Arts and Ghost Train to New Orleans; The Exloding Spaceship Reviews Ascension by Jacqueline Koyanagi and The Eidolon by Libby McGugan; The Hardest Part: Mur Lafferty on Ghost Train to New Orleans; Local book release: Daughter of Chaos by Jen McConnel; Paul Kincaid’s From the Other Side, March 2014: The Arthur C. Clarke Award shortlist, Diana Wynne Jones’ The Islands of Chaldea, Ken MacLeod’s Descent, and Nick Mamatas’ The Last Weekend; and The Hardest Part: Alexandra Duncan on Salvage.

Lastly, while we celebrate the future of reading at the NC Literary Festival this weekend, the NC Science Festival is also ongoing through April 13. Signature events (among hundreds of talks and hands-on science exhibitions!) include: Thursday, April 3, Neil deGrasse Tyson at NCSU’s Hunt Library Auditorium; Wednesday April 9, ESPN’s Sports Science Host John Brenkus at UNC’s Memorial Hall; and Sunday April 13, Mary Roach at The Carolina Theatre of Durham. It’s a fun time to be in NC!

3-6 (Thursday to Sunday) — 2014 North Carolina Literary Festival hosted by the NCSU Libraries at NC State University; the primary venue for the Festival will be the James B. Hunt Jr. Library on Centennial Campus. “This free public event is presented on a rotating basis by the Duke University Libraries, the University of North Carolina at Chapel Hill Libraries, the NCSU Libraries, and North Carolina Central University. The Festival is designed to attract people of all ages, from our surrounding communities and across the state. The program will be varied and will include author readings and discussions, book signings, activities, bookstore sales and more.” The North Carolina Literary Festival has announced its lineup, which is simply amazing, including Junot Diaz, Karen Joy Fowler, Peter Straub, R.L. Stine, John Kessel, William Barnhardt, Daniel Wallace, Therese Anne Fowler, and many, many more including Bill Ferris, John Claude Bemis, and Zelda Lockhart. Update: The NC Literary Festival announced lineup additions to their April 3-6 roster, including (again, among others) Lev Grossman, Nathan Ballingrud, Richard Butner, Richard Case, and Allan Gurganus.

NEW: 7 (Monday) 6:30 pm – The H.G. Wells panel at the Orange County Library that was originally scheduled for February, but was then postponed due to one of the ice storms, has been rescheduled for Monday, April 7. “Join speculative authors James Maxey, Nathan Kotecki, and Clay Griffith, who will lead a group discussion on the pioneering contribution of HG Wells to speculative fiction, and his enduring influence on the genre. ‘The Island of Dr. Moreau’ will be the primary focus, but the discussion is expected to encompass other Wells works, too!”

NEW-NEW: 12 (Saturday) — 10:30 am to 4 pm — Ultimate Comics hosts G-Man & Mini-Marvel Creator Chris Giarrusso “for a signing of epic proportions! There will be FREE food, drinks, LIVE ART, and plenty of good times! This will be be a fun, all-ages event, so bring the whole family and don’t forget to ask for a FREE SKETCH! If the weather is nice we will break out the grill and cook up some hotdogs!”

NEW-NEW: 13 (Sunday) 7 to 9 pm — As part of the NC Science Festival, best-selling non-fiction author Mary Roach will be in conversation with Frank Stasio at The Carolina Theatre of Durham.

NEW-NEW: 17 (Thursday) 6:30 pm — Launch party at downtown Durham pub 106 Main for Eryk Pruitt’s southern-fried neo-noir crime novel Dirtbags. “We’ll have copies to sell, or you can bring your own for a signature. Mike is slinging $3 well drinks all night long. Invite all your friends, bring some plus-ones or plus-twos. Let’s pack this place out and have a good time.” More info: https://www.facebook.com/events/282781161888049/

19 (Saturday) 8 pm until late — The Clockwork Ball: A Steampunk Party at the Haw River Ballroom, hosted by The Davenport Sisters. More info: https://www.facebook.com/events/1388306014723527/?ref_notif_type=plan_user_invited&source=1

NEW-NEW: 24 (Thu) 7:30 pm — Author Teju Cole to give the Kenan Distinguished Lecture in Ethics at Duke University, with the title “Here Comes Everybody: The Crisis of Equality in the Age of Social Media”. Held at the Schiciano Auditorium at the Fitzpatrick Center with a reception to follow. More info: http://kenan.ethics.duke.edu/blog/kenan-distinguished-lecture-with-teju-cole-apr-24/

NEW-NEW: April 24 to May 10 — Durham’s Manbites Dog Theater Company plays host to Spirits to Enforce by Mickle Maher. “In a secret submarine lair, 12 superheroes – the Fathom Town Enforcers – face their greatest challenge: a telemarketing fundraiser for their long-dreamed-of production of The Tempest.” More info: http://manbitesdogtheater.org/

NEW: 29 (Tuesday) 7 pm — The Regulator Bookshop hosts Alena Graedon: “The Word Exchange”. “In the not-so-distant future, the forecasted “death of print” has become a reality. Bookstores, libraries, newspapers, and magazines are things of the past, and we spend our time glued to handheld devices called Memes that not only keep us in constant communication but also have become so intuitive that they hail us cabs before we leave our offices, order takeout at the first growl of a hungry stomach, and even create and sell language itself in a marketplace called the Word Exchange. A dystopian novel for the digital age, The Word Exchange offers an inventive, suspenseful, and decidedly original vision of the dangers of technology and of the enduring power of the printed word. The Regulator is thrilled to welcome Durham native Alena Graedon to read and sign copies of her first novel.”

NEW: 30 (Wednesday) 7 pm — The Regulator Bookshop hosts Jen McConnel for Daughter of Chaos. (Had been scheduled for April 9.)

NEW: 12 (Monday) 7:30 pm — Quail Ridge Books hosts Mary Robinette Kowal for Valour and Vanity, her 4th “Glamourist” novel, this one a blend of Jane Austen Regency romance and “the heist”.

NEW: 28 (Wednesday) 7 pm — The Regulator Bookshop hosts Monica Byrne for the launch of her debut novel, The Girl in the Road. More info: http://regulatorbookshop.com/event/monica-byrne

NEW: 9-11 (Friday to Sunday) illogiCon (“illogiCon iv: How Schrödington Got His Groove Back”) with guests of honor Jacqueline Carey and Chris Garcia at the Empassy Suites RDU. [Facebook Event]