Paul Kincaid’s From the Other Side, April 2015: awards coverage, big announcements, new books, and more

So we are back in the middle of the Awards season, starting with the presentation of the BSFA Awards at Eastercon. I wasn’t there, so I can’t give any details except that I didn’t win. So I hereby announce the creation of the Sad Bulls to ensure that the right me wins all awards from now on. A few days later, and as all the kerfuffle about the Hugo shortlists was getting going, the Arthur C. Clarke Award announced their shortlist. The six books on the list are: The Girl With All the Gifts by M.R. Carey; The Book of Strange New Things by Michel Faber; Europe in Autumn by Dave Hutchinson; Memory of Water by Emmi Itäranta; The First Fifteen Lives of Harry August by Claire North; and Station Eleven by Emily St John Mandel.

It’s a shortlist, so we can always quibble about it. I, personally, am disappointed not to see Wolves by Simon Ings on the list. But still, it is the best Clarke Award shortlist for years, and a shortlist that encourages us to talk about the relative merits of the books rather than slates and voter manipulation and all the rest of the miserable fall out from the Hugos.

Look, I wasn’t going to talk about this, it’s not really in my remit, but the one thing the Sad Puppies have done is guarantee that the Hugo Awards this year are all about politics and nothing to do with the quality or otherwise of the works nominated. A win this year, in any category, and regardless of whether the winner was on a slate or not, will not have the cachet that a Hugo win once had. They have spoiled the awards even for those they are supposedly trying to promote.

But let us leave this all behind in the oblivion it so richly deserves.

The month’s big announcement that had nothing whatsoever to do with awards was the revelation that K.J. Parker, World Fantasy Award winner and author of The Folding Knife among others, is really Tom Holt, author of humorous fantasies such as Expecting Someone Taller and Faust Among Equals. This has to count as the least surprising revelation of the year, since the fact that Parker is a pseudonym of Holt has been rumoured for years. Still, the confirmation of everyone’s suspicions has to be good publicity for Parker’s new novel , The Two of Swords, the first three instalments of which come out this
month from Orbit. 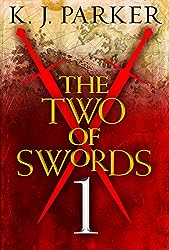 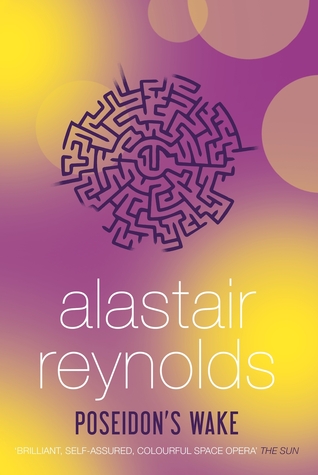 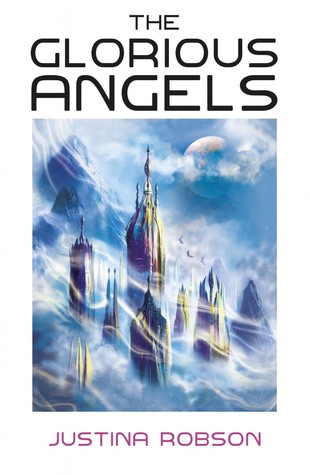 Another announcement is that Alastair Reynolds will be collaborating with Stephen Baxter on a sequel to “A Meeting with Medusa” by Arthur C. Clarke, a combination of names that should guarantee it’s a best seller. But that’s not going to be out until next year. For now, however, we have Poseidon’s Wake (Gollancz), the third and final part of Reynolds’s Poseidon’s Children trilogy. This follows a new generation of the Akinya family on Mars and on Crucible (where the discovered the mysterious Mandala in On the Steel Breeze), and though it’s advertised as a standalone novel, it really does help to have read the previous two volumes.

A book I missed in the column last month is The Glorious Angels by Justina Robson (Gollancz), a story that features an unknowable alien race of shapeshifters, an archaeological dig that holds a secret that people must die for, a matriarchal society, a world where magic may be technological and technology magical, and a war that threatens to bring an end to everything.

Given that I consider The First Fifteen Lives of Harry August by Claire North to have been one of the two or three very best novels of 2014, you will understand that the book I am most excited about this month is North’s latest novel, Touch (Orbit). It’s another book that plays with the idea of identity across time, but in this instance the identity of the narrator can shift into another body just by touch. As in the previous book, there’s a thriller element as the narrator, given the name “Kepler”, is hunted by an organisation called Aquarius who are devoted to killing those who can shift into a new body like this. Expect more fluid, fluent storytelling. 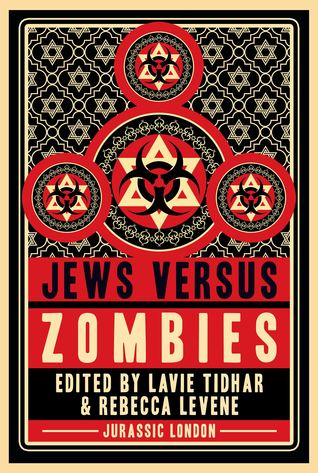 Finally, I must mention two anthologies, Jews vs Zombies and Jews vs Aliens, both edited by Lavie Tidhar and Rebecca Levene and published by Jurassic London, if only because the first of the two contains a story by the inevitable Adam Roberts. But the two collections also contain original stories by Benjamin Rosenbaum, Sarah Lotz, Rachel Swirsky, and Naomi Alderman among others, so they are well worth seeking out.

One Response to Paul Kincaid’s From the Other Side, April 2015: awards coverage, big announcements, new books, and more