From the Other Side, January 2016
By Paul Kincaid

Well that was a surprise. Not a surprise that Frances Hardinge won the Costa Book of the Year; everyone agrees that The Lie Tree was a very worthy winner. But a surprise because, well, this is the Costa Book Awards, one of our most respected literary prizes, if one of the more eccentric. Let me explain: there are five awards presented each year. Five separate juries decide on the Best Novel, Best First Novel, Best Children’s Book, Best Poetry Book and Best Biography. Each of those winners receives £5,000, which isn’t bad. But then a new jury chooses between those five winners to pick the Costa Book of the Year, for which the winner receives £25,000. Now the Book of the Year doesn’t usually go to the Children’s Book, in fact that has only happened once before (Philip Pullman’s The Amber Spyglass); so that was a surprise. And the Book of the Year doesn’t usually go to anything that isn’t straightforwardly realist in tone (again, Pullman is the only exception, because of course the fantastic is acceptable when it’s aimed at children); so that was also a surprise.

In fact, this year the final jury had an unprecedented three non-realist works to choose between, since the winner of the Best First Novel was Andrew Michael Hurley’s powerful horror debut, The Loney, while the Best Novel prize went to A God in Ruins by Kate Atkinson which, as you’ll know, I’ve been touting around as one of my best books of the year. Indeed, in what could prove to be a very rare double, A God in Ruins has also made the longlist for the BSFA Award. Whether it will advance as far as the shortlist we should find out before my next column. And so the 2016 awards season gets under way. Before my next column, I would also normally expect to have the results of the Kitschies Awards for the year, but so far I’ve not heard a single thing about them, so we’ll just have to wait and see.

In previous years, publishers have started the year with a sudden flurry of activity after the quiet of December. Not so much this year. December saw an unexpected number of books coming out while January has been rather the opposite. One reminder that there are still big names and big books out there has been Tricia Sullivan with Occupy Me (Gollancz). It features a woman with wings (even if the wings are in another dimension), a killer who has taken over another man’s body, and that man still trapped inside his own body. And everything revolves around a briefcase that contains countless possible realities. 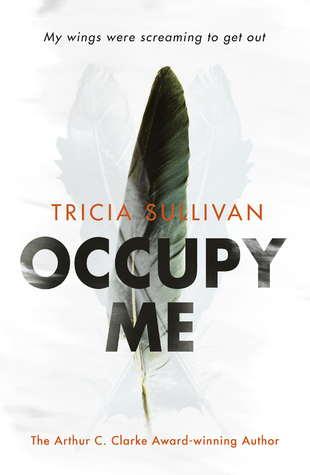 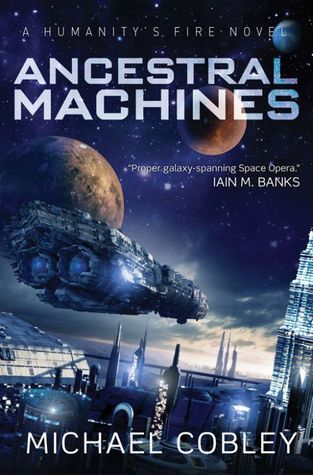 For more of the wide screen baroque approach to science fiction, you wouldn’t go far wrong with Ancestral Machines by Michael Cobley (Orbit), the latest in his Humanity’s Fire sequence. This is the sort of big concept, high impact space opera that’s designed to take the breathe away. In this instance, there’s the Warcage, in which two hundred worlds travel through space anchored to an artificial sun, along the way picking up new planets for slaves and resources and discarding the old. In this episode, the captain of a smuggling ship to journey into the Warcage and rescue his crew.

More brutal battles and desperate adventures crop up in The Beauty of Destruction by Gavin Smith (Gollancz), in which the focus shifts between the warrior tribes of Britain in the distant past, a present in which two augmented humans offer the only hope that our species will survive, and a distant future after the destruction of Earth where war erupts against an unknowable alien foe. 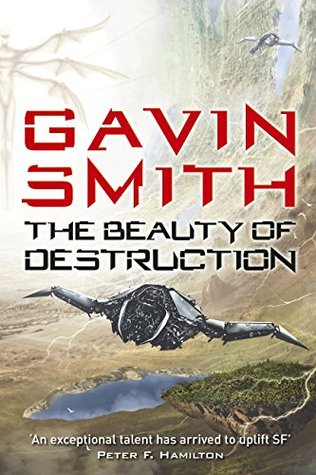 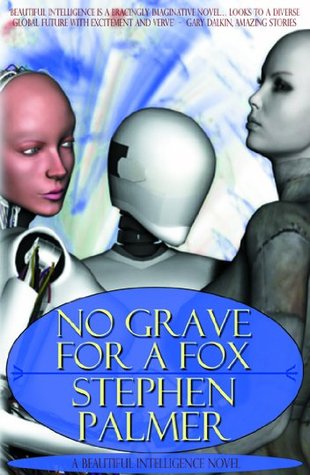 And before I forget, two books by Stephen Palmer came out from infinity plus right at the end of December. No Grave for a Fox continues the story of Kid Indigo, the mysterious AI from Beautiful Intelligence. In this novel the scene shifts from the ruins of Seattle to 22nd century Africa where water and food shortages force many people to exist hand-to-mouth, including a couple of itinerant street musicians, Ibrahim and Elodie. When a Japanese dog appears one evening at a gig, Elodie befriends it, but soon the lives of the couple are entangled with both the dog and enigmatic nexus wizard Zouhair Fox. Africa is also the setting for Palmer’s 2003 novel, Muezzinland, which has now been reissued in a revised and expanded form that is the author’s preferred text. It’s the story of two sisters on the run, both pursued by their mother. But when this mother is the Empress of Ghana and one of the most powerful people in the world, it is no ordinary chase. And life has changed in the mid-22nd century. The aether is a telepathic cyberspace. Biochips augment human brains. AIs, concepts, even symbols can be dangerous.

This entry was posted in From the Other Side and tagged frances hardinge, michael cobley, paul kincaid, tricia sullivan. Bookmark the permalink.

One Response to Paul Kincaid’s From the Other Side, January 2016: Frances Hardinge, Tricia Sullivan, Michael Cobley, Gavin Smith, and Stephen Palmer