Thanks to readers and other folks chiming in, there are a few more things to add to the already epically rambling Bull Spec holiday shopping guide. Got those stockings ready? Apparently one post was not enough to contain the awesome of this year in local speculative fiction.

Jenna Black is a Duke graduate, and a proud member of the Heart of Carolina romance writers group. She also writes amazing YA fantasy, and urban fantasy (the five books in the Morgan Kingsley series; with a new series, Dark Descendent, coming in April). I first encountered her through seeing her book GLIMMERGLASS at The Regulator, and that’s the book I’m putting fully on the “recommended holiday shopping” list. “Dana Hathaway doesn’t know it yet, but she’s in big trouble. When her alcoholic mom shows up at her voice recital drunk, again, Dana decides she’s had enough and runs away to find her mysterious father in Avalon: the only place on Earth where the regular, everyday world and the captivating, magical world of Faerie intersect. But from the moment Dana sets foot in Avalon, everything goes wrong, for it turns out she isn’t just an ordinary teenage girl—she’s a Faeriewalker, a rare individual who can travel between both worlds, and the only person who can bring magic into the human world and technology into Faerie.” Another bonus? The sequel, SHADOWSPELL, is coming in just a few weeks, on 4 January. 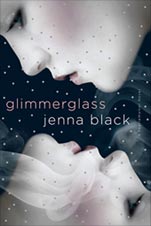 Speaking of local, speculative YA, and The Regulator, another local author I learned about there is Cate Tiernan. Her latest book, her first new book in several years and the start of a new series, is IMMORTAL BELOVED: “New name, new town, new life. Nastasya has done it too often to count. And there’s no end in sight. Nothing ever really ends . . . when you’re immortal.”

Next up, two words: “Math Manga.” What? Yes. Durham’s Melinda Thielbar is the brains (the strange, squishy brains) behind the Graphic Universe series MANGA MATH MYSTERIES, pitched as a series for Grades 3-5 that relates math to everyday life through the eyes of the students at a Kung Fu dojo.” I mean, YES! Where was this book when we were learning our multiplication tables, am I right? There’s a rumor (unconfirmed!) that this will be available in Chapel Hill Comics soon. Go pester Andy, not me! And, OK, maybe this isn’t “speculative fiction”. It’s still fun. And there’s kung fu. And kids who like math. Update: Andy says books 1-4 of this series are in stock! So go raid Franklin Street!

How, oh how, did I not mention AETHER AGE: HELIOS in the anthologies section of the original post? It’s got two stories from Jaym Gates and it’s had my attention for a full year now. Editors Christopher Fletcher and Brandon Bell have been working on this a long time, and it’s finally out. If a collection of stories set in a shared world of alternate history, where the ancient Egyptians and Greeks had such things as printing presses, and space became a breathable “aether” with its own flora and fauna doesn’t sound fascinating, well, get your fascination meter checked, mm-kay? 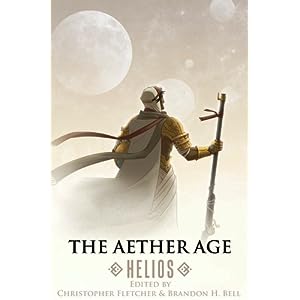 While the book is older even than this 2007 paperback version, Chapel Hill fantasy author Nick Perumov‘s GODSDOOM was not previously available in other than its native Russian. Perumov’s Russian-language novels are legendary, particularly his Tolkien-set novels set 300 years after the War of the Ring, which is the subject of an international volunteer translation effort. Godsdoom begins a trilogy set in a world of Perumov’s own creation, and is most likely unlike any fantasy you’ve ever read. No, not you, well-read international fantasy reader. Local artist Angi Shearstone has done a lot of great work, both inside genre (an amazing book cover for Richard Dansky) and outside (a lovely collection of Chinese brush paintings). Her graphic novel TORCHES is a few years old now, but its ominous folklore is timeless.

How about a gift that keeps on giving? Give a subscription to Weird Tales, and if you specify that it should start with the current issue, #356’s “Uncanny Beauty”, it’s also a local gift — the issue features the poem “The Wakened Image” by Raleigh’s Natania Barron.

Lastly, though I listed their print versions in the last post, I was clueless to the fact that you can actually quite nicely send Kindle books as gifts via e-mail, directly from the book’s Kindle pages on Amazon.com. James Maxey did the covers for the electronic versions of his Dragon Age series himself, typeset the e-books himself, and, well, he did a bang-up job. If your giftee is a Kindle reader, then get them started (or finished!) on the Dragon Age trilogy by clickety-clicking your way to e-book giving:

And if e-book giving is, like, totally your bag, baby, go nuts!

PS: OK, OK. I’ll pitch it. Another gift that keeps on giving? A subscription to Bull Spec. And did you know you can even start that subscription with issue #1 still? That would be the 3 issues so far (Spring, Summer, Autumn) for under the tree or in a stocking, and the year’s 4th issue to arrive shortly after the holidays. Or, you know, get one for yourself, and one for each of your 20 closest friends.

This entry was posted in local. Bookmark the permalink.