Welcome to the August events and announcements newsletter from Bull Spec, a few days early for updates and new events right at the turn of the calendar, the new events being a pair of events at Quail Ridge Books on Sunday and Tuesday. There’s also a pair of new September local author book launches, for Lewis Shiner’s Dark Tangos and Clay and Susan Griffith’s The Rift Walker: Vampire Empire, Book 2. Meanwhile, Bull Spec Issue #6 will be in stores early next week, and is already online at both bullspec.com and e-retail at Weightless Books and Wizard’s Tower Bookstore.
-Sam
JULY

NEW: 30 (Saturday): Durham’s Sci-Fi Genre Comics & Games celebrates its 5-year anniversary with cake and gaming, and by openings its doors (and shelves) to local authors. Short ceremony at 2 pm. More info: http://scifigenre.com/store/eventViewer.aspx?nEventID=1129
*!* 30 (Saturday), 7 pm (musical guests at 6 pm): Jeff and Ann VanderMeer, SJ Chambers, Ekaterina Sedia, Durham author Mur Lafferty, Greenville artist Scott Eagle, Winston-Salem writer Nadine Wilson, and a few surprises for the release of the VanderMeer co-edited anthology The Thackery T. Lambshead Cabinet of Curiosities, as well as to talk about the recently released book The Steampunk Bible. The musical guests are the Davenport sisters, the folks behind the weekly Steampunk radio show Clockwork Cabaret. Update: One of the artifacts of Lambshead’s Cabinet, a Jake von Slatt creation, will be debuted at the event. More info: http://bullspec.blogspot.com/2011/05/cabinet-of-curiosities-literary.html 
NEW! 31 (Sunday), 3 pm: Whether you’re coming in from out of town for the CABINET event or, well, just happen to live here anyway, Quail Ridge Books is hosting Ransom Riggs for a reading and signing of his debut novel Miss Peregrine’s Home for Peculiar Children at 3p. Billed by USA Today as “[A] thrilling, Tim Burton-esque tale with haunting photographs.” and marketed as mainstream fiction for ages 12 and up, it’s  already both a NY Times bestseller and optioned as a feature film by 20th Century Fox. More info: http://www.quailridgebooks.com/ransom-riggs-chilling-miss-peregrines

AUGUST
NEW: 2 (Tuesday), 5 pm: Quail Ridge Books: Maggie Stiefvater brings her novel Forever, “her thrilling conclusion to the #1 bestselling Shiver trilogy, on Tuesday, August 2, at 5 p.m. In Shiver, Grace and Sam found each other. InLinger, they fought to be together. Now, in Forever, the stakes are even higher than before. Werewolves rule! For ages 12 and up.” More info: http://www.quailridgebooks.com/maggie-stiefvater-forever 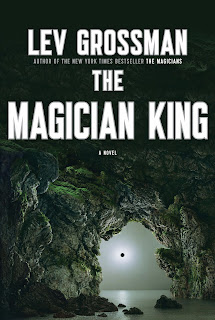