Paul Kincaid’s From the Other Side, February 2014: Jeff VanderMeer’s Annihilation, Dave Hutchinson’s Europe in Autumn, and The Kitschies

From the Other Side: February 2014

So the torrential rain and apocalyptic flooding we’ve experienced in much of Britain over the last couple of months meant that I wasn’t able to get to the Kitschies Award Ceremony, though on the up side this at least spared me the sight of whatever garish outfit Nick Harkaway had chosen to wear. The Red Tentacle for best novel went to Ruth Ozeki for A Tale for the Time Being, and for a novel that has generally had more mainstream recognition, including being shortlisted for the Man Booker Prize, her acceptance speech suggests a very finely judged recognition of genre status. In addition the Golden Tentacle, for the best debut, went to Ann Leckie for Ancillary Justice; the Inky Tentacle for best cover went to Will Staehle for The Age Atomic by Adam Christopher; and the discretionary Black Tentacle went to Malorie Blackman. With Awards Season now in full swing, the British Science Fiction Association has also announced the shortlists for the BSFA Awards. They are interesting lists, if perhaps unsurprising. Certainly I’m expecting a number of these titles to show up on other award shortlists this year. The Arthur C. Clarke Award, for instance, has revealed the full list of submissions received this year. 121 books in total (for the record, that’s getting on for three times the average number of books submitted while I was running the award), and a very interesting list it is too. I’m not going to go out on a limb and predict what is likely to make the shortlist (that’s not due to be announced until next month), but I am quite confident that we are going to see more women on the shortlist than last year. One last thing while I’m on the subject of awards, I note that Hugo nominations are now open for this year’s Loncon 3, so if you’re entitled to vote it’s time to start making that decision.

Away from awards (at least for the time being), it’s been a month for breakthrough novels. The biggest book of the month is Annihilation by Jeff VanderMeer from Fourth Estate, the first volume in a trilogy. The other two volumes are both due out this year as well, Authority in May and Acceptance in September, an unusual publishing schedule to say the least. But it certainly seems to be paying off, given the amount of critical attention that the first volume is already receiving, and in places that don’t always devote much space to the genre. It’s a novel that seems to owe a debt to both Conrad’s Heart of Darkness and Tarkovsky’s Stalker, as team of four women explore a strange zone that seems to do curious things to their perceptions, and it seems clear that it is going to reach a much bigger audience than VanderMeer has done before. 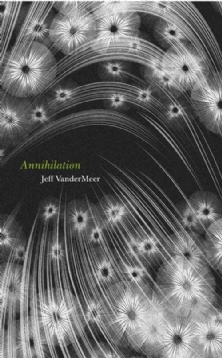 The other breakthrough novel this month is Europe in Autumn by Dave Hutchinson, published by Solaris. Hutchinson had four books published while he was still in his teens, but then he stopped writing for far too many years. He’s lately started writing again, producing work that has been well appreciated (appearances in Year’s Best collections) without actually threatening the bestseller lists. Hopefully, Europe in Autumn should change that. On the surface, it’s an engaging and effective spy thriller (Hutchinson always has been a very good storyteller), but under the surface there’s something much more interesting going on. He imagines a near-future Europe Balkanized into a myriad of independent statelets, some as small as a city district or as elongated as a trans-European railway line. The reasons why the continent has disintegrated this way, and the effects of all these countless borders, make this one of the most politically astute novels I’ve read for a long time.

Other new books attracting attention this month Joanna M. Harris’s reimagining of Norse myth told by the trickster god in The Gospel of Loki from Gollancz, while the UK edition of Unfettered edited by Shawn Speakman includes an additional story by Speakman himself. British publishing seems to be getting into gear for the year, so there should be even more to talk about next month.

This entry was posted in From the Other Side and tagged annihilation, dave hutchinson, europe in autumn, jeff vandermeer, paul kincaid, the kitschies. Bookmark the permalink.

2 Responses to Paul Kincaid’s From the Other Side, February 2014: Jeff VanderMeer’s Annihilation, Dave Hutchinson’s Europe in Autumn, and The Kitschies