Paul Kincaid’s From the Other Side, September 2014: Graham Joyce, Adam Roberts, Infinity Plus, Gwyneth Jones, and more

From the Other Side, September 2014

September has been a sad month, since it opened with the death of Graham Joyce. You would be hard put to find any photograph of Graham in which he didn’t have a huge grin. It’s a measure of the man: he was charming, delightful, great company and someone who enjoyed life to the full. He was also one of the finest fantasists you could hope to read. His two most recent novels, Some Kind of Fairy Tale and The Year of the Ladybird (which has just come out in America under the rather less evocative title The Ghost in the Electric Blue Suit) are proof that he was at the very peak of his powers when he died. He will be missed by everyone who values good fantasy. 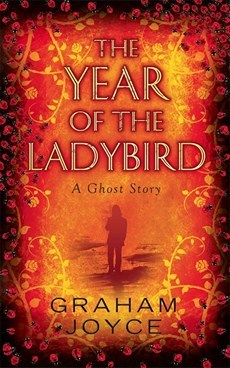 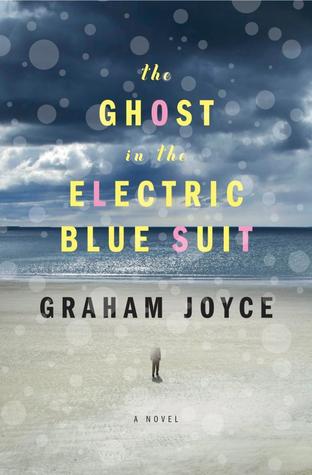 On a happier note, this month’s statutory Adam Roberts mention comes with the publication of his new novel, Bête (Gollancz). (That’s his third book this year, and his critical edition of Coleridge’s Biographia Literaria has just been published as well; does the man never sleep?) Bête begins when animal rights activists insert AI chips in the brains of animals, giving them the power of speech. The result is a black comedy that is being compared to H.G. Wells’s The Island of Doctor Moreau and George Orwell’s Animal Farm in considering the philosophical implications of our relationship with animals and whether speech and self-awareness equates with a soul. Though to my mind a more apposite comparison might be to the scene at the Restaurant at the End of the Universe in Douglas Adams’s The Hitchhiker’s Guide to the Galaxy. 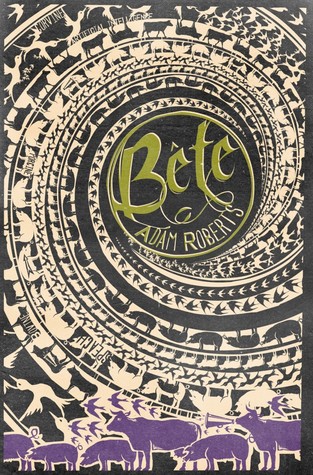 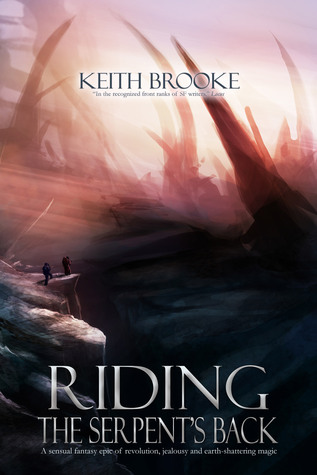 I’ve not heard much from Infinity Plus for a while, so it was good to note that they have two new books out this month, both available as ebooks. Deep Future is a new collection of stories from Eric Brown, another prolific author (I think this is at least the second new book from him this year), while Riding the Serpent’s Back is a new fantasy novel by Keith Brooke set on ‘a continually changing island continent in the middle of a lava sea’.

Another fantasy novel that seems to be gathering good word-of-mouth is Breed by K.T. Davies (Fox Spirit), which promises: ‘After Breed, a Guild Blade of small renown, is chased by a dragon, tricked by a demon, almost killed by a psychopathic gang boss and hunted by a ferocious spider-like arrachid assassin life really takes a turn for the worst. ‘

As these last three books demonstrate, there are more and more ebooks coming out now, but the most significant this month, indeed this year, is surely The Grasshopper’s Child by Gwyneth Jones. This is a Young Adult novel that is also volume 6 in the Bold As Love sequence. As with so many of Jones’s novels, it is about the underclass, the damaged, those who don’t fit into society. ‘Clancy, the Hooded Boy, has Mental Health Issues and sleeps rough in the Gardens. Beautiful Challon’s dream of stardom is horribly dependent on the hippie fat cat who runs the village. Brooklyn wants to be a vet, but she probably won’t live to be twenty. Cyril’s mortally afraid of paper and pretty strange otherwise too.’ The first volume in the sequence, Bold As Love, won the Arthur C. Clarke Award, so this is clearly an important book, and yet Jones has ended up self-publishing. In a recent edition of the Coode Street Podcast, Nina Allan and I discussed the state of British science fiction, during the course of which we could only bemoan the dire state of British publishing when a writer as significant as Gwyneth Jones has no publisher. In our conversation I said that Jones was at least on a level with M. John Harrison and Christopher Priest in any evaluation of British sf, and by rights this novel should be coming out from a major publisher with a massive publicity push. However, all I can do is add my voice here to the growing chorus encouraging you to go out and get this book, because Gwyneth Jones is never less than readable. 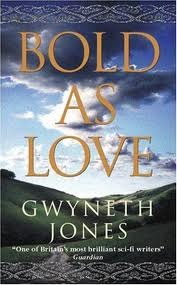 After that, anything else seems bathetic, but there are still writers out there getting their works bought by major publishers. A fantasy series always seems to make the cut. Orbit has Age of Iron by Angus Watson, the first volume in a fantasy trilogy featuring ‘bloodthirsty druids and battle-hardened Iron Age warriors’, and The Falcon Throne, the first volume in a new fantasy epic by Karen Miller. And steampunk also continues to be popular. Snowbooks have Gideon Smith and the Brass Dragon by David Barnett, the second volume in a steampunk trilogy, while Angry Robot brings us The Buried Life by Carrie Patel, a post-catastrophe story of a vast, underground, gas-lit city. Oh, and let’s not forget that September also brought us the third and final volume in Jeff VanderMeer’s Southern Reach trilogy, Acceptance, a series that seems to have got more successful as it has gone on.

Finally, last month I mentioned the chance of a science fiction work making the Booker Prize shortlist. Well, the bookies’ favourite, The Bone Clocks by David Mitchell missed the cut, but Howard Jacobson’s dystopian J was shortlisted. And, in a year when American authors are included for the first time, the shortlist also includes We Are All Completely Beside Ourselves by Karen Joy Fowler, so the prize is starting to look a little more genre-friendly than usual. This entry was posted in From the Other Side and tagged adam roberts, graham joyce, gwyneth jones, howard jacobson, infinity plus, keith brooke, orbit, paul kincaid. Bookmark the permalink.

3 Responses to Paul Kincaid’s From the Other Side, September 2014: Graham Joyce, Adam Roberts, Infinity Plus, Gwyneth Jones, and more