The Hardest Part: Uri Kurlianchik on Tales from an Israeli Storyteller

Israeli author and game designer Uri Kurlianchik was the first person with whom I had a Google audio chat, way back when we were discussing edits on his short story “The Sad Story of the Naga” in Bull Spec #2. (Or it might have been about his choose-your-own-adventure project I never figured out how to publish in a magazine?) Over the years now, I’ve enjoyed hearing his stories of teaching kids to play roleplaying games — the foolish or genius things that “his” kids try both in and outside of the rules and their understanding thereof has proven quite entertaining, as has watching him develop his own RPG, RATS, about “the rat holy war against humanity”. And his photos of the various landscapes in his travels are mind-blowing. Back in early 2012, he launched an Indiegogo campaign to fund an illustrated 20-story cycle of stories generated from those travels and those landscapes, and from the many peoples who have and still inhabit them. Last fall he e-published the collection as Tales from an Israeli Storyteller, but it took until January of this year for Uri to wrangle a print edition. That epic struggle with margins and fonts is only part of his essay on the hardest part(s) of putting this collection together. 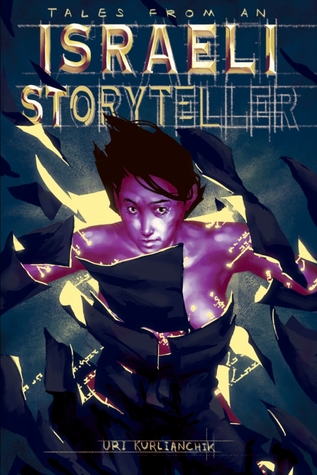 I have written numerous adventures and locales for various role playing games over the years. I often had to deal with rather capricious clients who insisted on reasonable deadlines, some semblance of readability, and not making offensive remarks about their mothers. This experience made me think that crowd-funding and self-publishing a story collection of my own should be a piece of cake.

In retrospect, I have no idea why I thought this.

Ironically, writing the book was the easiest part. By the time I decided I’d like to publish a story collection about cool places and monsters in Israel, it was already half-written. Some stories were published in various magazines, while others were used as bases for RPG adventures. For many years, every time I’d return from a trip to some interesting natural or historical location, I’d make up a story about that place. So in a way, this book grew organically from my activity rather than being something that was planned and charted out in advance.

At first, my experience as a game writer worked against me. In a game scenario, the writer makes up a bunch of monsters and challenges and lets the heroes figure their own way out of this mess. In fiction, on the other hand, the writer has to “play” both sides. Divorcing from this psychology was a bit of a challenge. Readers will notice this from the barrage of mistreatment hauled at my unfortunate characters who sadly don’t always make it through their adventures.

Perhaps the most difficult part of this stage was making a book that was fun and informative rather than controversial and depressing like post-colonial fiction, or completely detached from reality like pulp or orientalist fiction. Another foe was politics. With locations like Gaza, Jerusalem, or the Bedouin Diaspora, it was quite easy to descend into preachiness. I had to rewrite these stories many times to keep them focused on the action, while keeping them rooted enough in reality to have an impact. I can only hope that I have succeeded in balancing all these elements into a helpful guide into Israel and her magic creatures and places.

The hardest part, however, came after the book was written, edited and illustrated. You think laying out basic blocks of text and some illustrations is easy? It is until you need to print them. Then it turns out you have to study a degree worth of information just to get the book print the way you want it to. Now you have a pretty purple book on your desk and your cats are all impressed with it. What’s next? Getting people to know you wrote a book. Turns out that shouting from your rooftop is not the most effective strategy to go about this. There goes another period of study and acclimatization.

Most people complain about procrastination when writing. This was never a major problem with Tales from an Israeli Storyteller. However, it did become a major problem afterward. Posting on forums, sending copies to reviewers, setting up accounts, re-formatting the manuscript for the millionth time and then going to the post office to collect another poorly-printed copy — now these can really teach you proper procrastination. In fact, I’ve half written two other books and contributed to Interface Zero 2.0 simply to avoid all the technicalities mentioned above.

However, in the end of the day, I have something of my very own that tells the story of the land I love just like I wanted to tell it, without any outside forces changing my voice to fit the product line or the company spirit.

Was it all worth it? Well, that’s for you to decide, isn’t it? 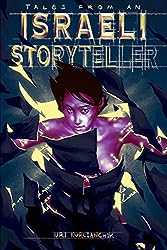 Tales from an Israeli Storyteller is an illustrated cycle of twenty short stories and novellas born from exploring the most iconic locations in Israel. This is the story of the Israel you don’t hear about on the news – the Israel where an evil rabbi creates a smartass golem that comes back to haunt him during an unholy ceremony on Mount Meron, where talking animals search for justice among the demons and spirits of Ein Gedi, where a Bedouin hero confronts a reportedly evil book in the caves of Qumran, and where one clueless efreet keeps losing his wife in the Negev desert until a conscientious policeman comes to his rescue.

While some of the characters are hard to meet, all the locations are real and very accessible, making this book a guide as well as a collection of fantasy tales inspired by the folklore and mythology of one of the oldest (and youngest) countries in the world.

Uri Kurlianchik has written two books and a couple dozen adventures and articles for various roleplaying games. His work was published by Paizo, Wizards of the Coast, Mongoose and others. Tales from an Israeli Storyteller is his first self-published work. He is presently working on a game about talking rats taking over the world and an upcoming sci-fi novel about a princess who has to rescue herself.

When not writing, Uri runs D&D and board game afterschool classes in schools and community centers and digs out cool places in Israel to explore with his friends.

This entry was posted in The Hardest Part and tagged uri kurlianchik. Bookmark the permalink.

One Response to The Hardest Part: Uri Kurlianchik on Tales from an Israeli Storyteller