The Exploding Spaceship Reviews Dawnbreaker, His Father’s Eyes, Waterborne Exile, and The End of All Things

This is the third volume of Cass and Wren’s story. This time they spend much of the story apart, so we have separate narratives. Wren leaves Greenstone with Three’s training brother Haiku and goes off to the tower where they live in order to be trained. He learns a great deal from Three’s teacher but most of what he learns is about himself. He becomes more confident and secure in himself and much more independent. After the decisions he must make in the final battle, Wren is no longer a child, but a small size man.

Cass is fighting to stay alive because Asher can track her. She and Gamble’s group get attacked several times and once Cass realizes she is being tracked she sends Gamble off to Wren (or where she thinks Wren is). Gamble’s group go to Greenstone and they and all the local bigwigs help form a plan for defense since the city guard refuse to believe an attack is imminent. Cass and Wren head to Greenstone for the final confrontation with Asher. 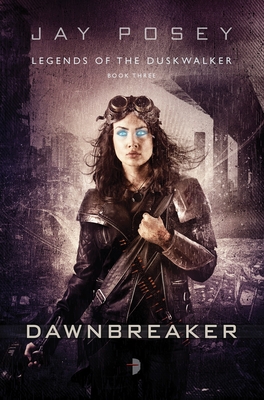 The two viewpoint characters in the book, Cass and Wren, have grown and changed over the course of the series, and both are vastly different at the end of this volume than they were at the beginning of it. Because Wren is a child, showing the changes he goes through without sacrificing his childlike qualities is a difficult stunt to pull off. The author does a good job of making him more responsible and able to strategize and do some things above his age because of the training, but shows that Wren still wants to be a child at the end of the day, and this shows in the choices Wren makes. Cass has to be able to let Wren go in order to protect him and in the end this allows her to learn more about herself as well since Wren isn’t there to do some tasks for her.

This is a post-apocalyptic science fiction story which feels sort of like an urban fantasy. There is fighting in amongst buildings and the characters explore urban areas. There is hidden tech which the bad guys use and the good guys want to destroy. There is extensive use of guns and even little Wren fires one in this book.  If you like urban fantasy or low-tech science fiction then this would suit you. It is a character story, primarily focused on a mother and the fight between her two sons, one of whom has gone completely into the digital world and in order to get his little brother threatens their entire known universe.  You really want to root for Cass and Wren and hope they can save the last remnants of civilization. It will be interesting to see if both mother and son enter the training tower of Three’s teacher in another book. 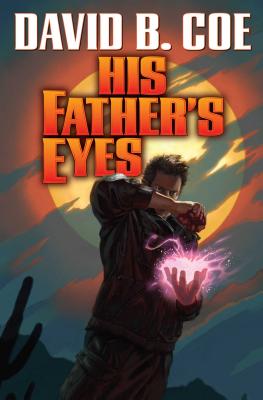 Justis has to fight a magic-user who is more powerful than anyone he has met and could even be more powerful than Namid. He makes some new friends and allies, both other runemystes and some types of were creatures. Who these individuals are and how he meets them are important plot points that Your Humble Reviewers would rather not reveal, but we will say that what they do for a living was quite a surprise for us. Justis has to put aside some prejudices from his days as a cop in order to accept help from some who offer it.

His dad plays an important role in this volume and even participates in the fight against the big bad at the end of the book. This means there are several good father/adult son relationship scenes in this volume, and the relationship between them and Justis’s mother is explored also. His ex-partner Kona calls him in on some weird murders, so we get to see their sort of weird dynamic again. Because he isn’t on the force anymore but she needs his expertise with magic, it puts her in a weird spot between him and his ex-bosses. His solving the Blind Angel murders means the bosses like him better than they did, but it still leaves Kona and Justis with a weird ex-partner dynamic.

His relationship with Billie is still heading in a positive direction and she and Kona aren’t trying to kill each other, so there is hope for things to continue. Learning the truth about his mother and father’s relationship clears up some fears he has about being a runemyste and having a family, so hopefully this will allow him to go forward with Billie.

His casting is improving by leaps and bounds as he is faced with very powerful adversaries. He learns to use his brain to attack in ways others don’t expect so he doesn’t need to be more powerful than they are to win. We also see changes in how Namid relates to him because Namid’s people are threatened in this volume and Justis does everything he can to keep Namid safe.

As can be expected from Coe, the mystery plot is complicated and twisty with quite a few surprises along the way. The desert location for some of the scenes in this volume means the setting feels slightly different from the very urban feel of the previous volume, more like suburban and desert RV park fantasy. For fans of magic-imbibed mysteries this series is a very good choice. The series is rather dark with a great many corpses being discussed, so is an excellent choice for those who like their fantasy with a bit of blood and lots of violent magic use. 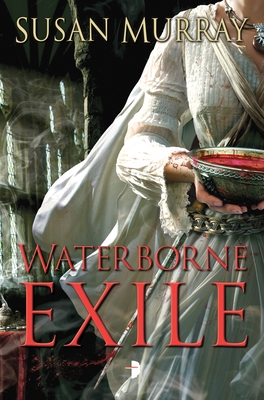 Lady Alwenna, Weaver and Marten are all dealing with the aftermath of the battle and tower collapse at the end of The Waterborne Blade. Lady Alwenna escapes the country in order to find a place to stay until the baby is born, but her visions keep driving her to other places, even though she can’t go very far in her condition. Weaver ends up in the hands of some bad people but finds some help from an unlikely source. Eventually he and Marten both end up in Vasic’s court after separate journeys of humiliation and hardship.

Drew at first seems to be the happy character until the nature of his partner Jervin and the source of his income is revealed. Poor Drew ends up betrayed, rescued, and then sent off on a fact-finding mission, so maybe he can find a new partner on his journeys in the next book. There are some bad and nasty people in this series but Drew’s ex-partner Jervin is the worst of the lot. He takes a commission from Vasic and goes home, so hopefully someone can give him what he deserves in the next book.

The nasty but beautiful dagger makes the rounds in this book but as it is attracted to Alwenna, she ends up with it again in order to take it far away from her newest relative, her daughter. After spending this volume pregnant and her travels being sort of glossed over because they weren’t very exciting, it appears she is all set for a new traveling adventure in the next book.

This is fantasy setting with magic which seems to be primarily visions and magic items. The political intrigue with the different factions is complex and well done with quite a few gray characters who aren’t really all good or bad, so they are very realistic politicians. Many of the characters have motives that the others are unaware of, so it makes for an interesting mix of sometimes very odd bedfellows.

For fantasy readers who like a lower magic setting, this is a great choice. It is a very visually descriptive book. It has strong and weak characters of both sexes and includes a diverse cast of people from different classes of society. Content Notes: It has realistic fights which include the gore and so may not be for younger readers. Characters are captured, tortured, and sexually assaulted, which is all realistic for the technology level present in the book and it is written very well, but may be more realistic than some readers want. 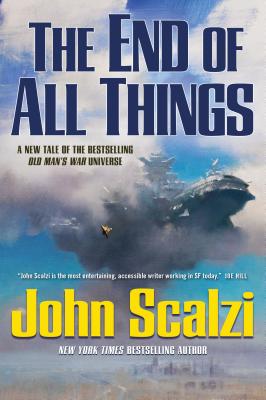 Well, first of all, the viewpoint character has to be one of the more interesting ones that Your humble Reviewers have encountered in recent memory: he is a brain in a box. His brain was kept alive by the aliens who attacked the ship he was piloting so that he would continue piloting but not be able to fight them. It turns out that that wasn’t really the case because Rafe Daquin had been one of the ship software developers so knew a great deal about the ship controls that the aliens did not. He makes life very difficult for the aliens who made him a brain in a box.

A motley crew of Rafe, another brain in a box who was a politician, and some assorted beings from different political alliances help the humans come together with the Conclave of aliens to fight a war against an underground group of extremist aliens who are trying to get the humans and the Conclave to destroy each other.

There are space battles which have some unique strategies employed, a little romance, a great deal of sneaking around by both ships and individuals, and some cool technology; pretty much business as usual for an Old Man’s War universe book.  There are several viewpoint characters which help the reader see that the different factions of humans are all being duped. They discover that someone has been making attacks while posing as different factions of humans but that some aliens who want humans destroyed are really behind it. This forces them to work together.

The plot is a complicated, intertwined one which is woven with expertise. Attempted by a lesser writer, this could have resulted in a convoluted writing disaster, but Scalzi does an excellent job. Some characters from earlier volumes put in appearances and their relationships change and grow from previous stories. However, the reader does not need to have read the other volumes to enjoy this one.

Readers who like space opera, military science fiction, or space adventure will all find something to appreciate in this volume.

This entry was posted in The Exploding Spaceship and tagged david b coe, jay posey, john scalzi. Bookmark the permalink.

One Response to The Exploding Spaceship Reviews Dawnbreaker, His Father’s Eyes, Waterborne Exile, and The End of All Things