It’s the further adventures of Sorren, Cassidy and Teag from the Trifles and Folly Antique Shop which take us into some secrets of Sorren’s past as they try to determine who is destroying places and people connected to Sorren. When you are a centuries old vampire, the number of enemies you have can be quite large, but few will go to the lengths of bombing your businesses and trying to kill your loved ones and employees.

From the powers needed for the attacks and the type of help being employed, Sorren thinks he knows who it is, but there is one problem: the person responsible is supposed to be dead. Sorren spends part of this book running around the world dealing with multiple attacks on his shops and houses. This leaves Cassidy and Teag without his help at some crucial points. Their local friends help them to survive the attacks, but it becomes clear that Charleston is getting the brunt of the new attacks so Sorren stays there. This turns out to be what the bad guys wanted because Sorren’s house is attacked when he is home. 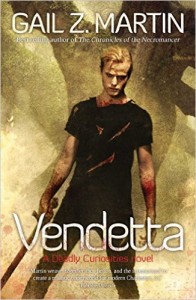 In fact, nobody makes it through this story unscathed. Poor Sorren has to deal with the grief from the loss of employees and loved ones as well as the physical attack on his person. We get some views of Sorren’s love life for the first time in this volume. Teag and Anthony’s relationship moves to a new level as Anthony gets a more complete picture of what Teag and Cassidy actually do. He decides his love for Teag is strong enough for him to deal with the strange and scary events, so Your Humble Reviewers see wedding bells coming in a future story.

There are plenty of scares and thrills in this volume, from bad guys coming out of paintings to a building which is never in the same place twice and the main bad guy is more powerful than anything seen so far in this series. He is such a badass that it takes Cassidy and Teag’s magic, Sorren’s vampire magic and fighting skills, as well as a whole crew of their friends to fight him. It makes for an epic battle, but it is still depicted from Cassidy’s point of view, so it still seems like a personal battle.

The southern setting and characters who seem like they could be our neighbors make this series one of our favorites. Always exciting plots, but usually helping someone so even though bad things happen and there are some nasty folk in the stories, they have a lighter overall tone. This is a big plus for us who aren’t really fond of dark and depressing stories. Urban fantasy fans should read this awesome series. 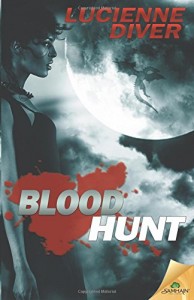 Latter-Day Olympians is an urban fantasy series with modern versions of the Ancient Greek gods playing a role in the story. They also have many descendants who have some of their powers. It is an adult series but would be fine for older teens as there is sex and relationships with proper consequences but not anything too descriptive or with very bad language. The violence depicted is not detailed enough to disturb most people. If your teen has outgrown Percy Jackson, then this would probably be fine for them.

In this volume we see the Egyptian deities for the first time. Set is threatening to escape his imprisonment, and so everyone has to work together to stop him. Fighting Set and those he has taken over requires a massive operation with almost every god or goddess Tori has met plus large numbers of Los Angeles police.

Apollo and Tori’s relationship heats up and becomes very public because they attend a red carpet event for a movie premiere. Her wings, which she can now call at will, are still a point of gossip. Her ex, Nick Armani, plays a pivotal role in this story but he is interested in a new goddess on the scene named Neith. She is an insurance investigator from Egypt who has come all the way to LA in pursuit of the thieves who stole from her client.

Tori has to get dressed up for the movie premiere, so this volume has great descriptions of fancy clothes and shoes. She also has a wonderful spa visit about which she is a bit grumpy until she discovers how nice it actually feels. We get introduced to some of Apollo’s employees, one who does makeup that Tori actually likes because it still looks like her and a magical hairdresser who can deal with Tori’s wild curls.

Set and his minions are quite creepy, so hopefully this is the last time we see them! Tori’s LA will need some time to recover because they trashed some locations like museums and theaters. The settings used for the novel must be interesting places to visit because the descriptions of the architecture and locations were intriguing.

The plot is a typical murder mystery type which leads to a larger disaster, but what Set and his minions can do make it more horrifying and bloody than usual.

We are fond of mythological based stories so particularly like this series. Tori is the every day girl who ends up in extraordinary circumstances that we all wish we were! The magic is generally in line with characters from mythology, so the relative magical strength of different characters reflects many facets of traditional myths.

If you like your urban fantasy with a large helping of magic and mythology then this is definitely the series for you! 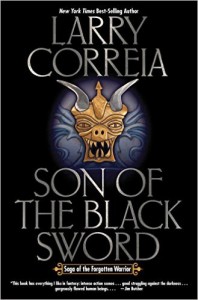 Review of Son of the Black Sword by Larry Correia (Baen, November 2015)

This is the first volume of an epic fantasy series. The setting is strongly Asian-influenced, with warriors similar to samurai, different castes of people, and a ruling class in conflict with the warriors. The main character is Ashok, who is the most feared warrior in the land because he has a special sword and kills multiple demons singlehandedly.

Demons come out of the sea and attack villages and Ashok travels to wherever there is trouble to combat them. His mentor sends a message that he is to come back to the training hall at once. Ashok is sure the old man will die before he gets there. He lives long enough to tell Ashok some secrets about himself he would have been better off not knowing. The information causes Ashok’s whole life to change.

The story looks at how artificially created differences in cultural groups, like caste boundaries, can cause individuals great trauma when their place in the scheme is disrupted. Even when it is clear that the boundaries are artificial, the society programs people to not notice the artificial situation. Sudden change can be shattering to the individuals involved as they are suddenly unmoored from their original place. Because of the programming set into the laws and cultural norms, the society can’t deal with the change either so disruption follows.

Your Humble Reviewers tend to pass on most epic fantasy because there is so much repetition, but this one was a pleasant surprise. Asian cultural influences, a quest plot which is highly complicated and full of surprises, and a main character who you want to like (because he is at heart a good person) and at the same want to slap silly because of his stoic acceptance of things all make for an enjoyable read.

There are lots of fights and violence, as expected from Correia’s novels, but also some moral lessons and moral dilemmas. Political intrigue plays a major role in this series and the situations still in play will have very interesting consequences in later books. Having read at least some parts of all of his other series, we like this one the best.

Any epic fantasy reader who appreciates some non-European cultural influences will love this setting and its odd samurai-like main character. We are looking forward to the next volume!

[Editor’s note: the purchase links here are affiliate links, and using them supports both Bull Spec and your local independent bookstore.]

One Response to The Exploding Spaceship Reviews Recent Good Fantasy Reads: Vendetta, Blood Hunt, and Son of the Black Sword