March 29, 2013, DURHAM, NC — Bull Spec is delighted to announce its third annual summer speculative fiction event, to be held Saturday August 3, 2013 at Quail Ridge Books & Music in Raleigh, NC from 7 to 9 pm. The event series once again hosts a selection of Wofford College’s Shared Worlds Teen Writing Summer Camp visiting writers, headlined by Mythopoeic and William L. Crawford Award-winning author Karen Lord — who is traveling from Barbados — and including Ann and Jeff VanderMeer, Will Hindmarch, Robert V.S. Redick, and Asheville’s Nathan Ballingrud, for an evening of readings, remarks, discussion, and a book signing. Additionally, joining the visiting authors will be Durham author Mur Lafferty. Ann and Jeff VanderMeer headlined the inaugural event in the series in 2011 with their anthology The Thackery T. Lambshead Cabinet of Curiosities and Jeff VanderMeer’s (along with S.J. Chambers) The Steampunk Bible, at Durham’s Fullsteam Brewery in partnership with The Regulator Bookshop, while this marks the first local readings for Lord, Hindmarch, and Ballingrud. Following the reading, from 9 pm to 11 pm, The Raleigh Review is hosting a reception (also free and open to the public) at their Writers’ Loft. 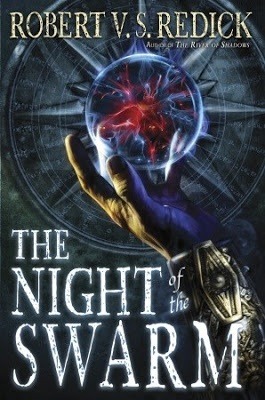 Karen Lord has been a physics teacher, a diplomat, a part-time soldier and an academic at various times and in various countries. She is now a writer and research consultant in Barbados. Her debut novel Redemption in Indigo won the 2008 Frank Collymore Literary Award, the 2010 Carl Brandon Parallax Award, the 2011 William L. Crawford Award, the 2011 Mythopoeic Fantasy Award for Adult Literature, and the 2012 The Kitcshies Golden Tentacle Award for Best Debut Novel. It was also longlisted for the 2011 Bocas Prize for Caribbean Literature and nominated for the 2011 World Fantasy Award for Best Novel. Her latest novel The Best of All Possible Worlds won the 2009 Frank Collymore Literary Award, and was just published worldwide by Jo Fletcher Books.

Will Hindmarch is a Chicago-based freelance writer and designer with numerous professional credits as author, developer, and graphic designer on games, books, and magazines. He previously worked with Green Ronin Publishing as developer of the likes of the Dragon Age RPG. Will’s writing has appeared in The Escapist, Atlanta magazine, Geek Monthly, Everywhere and McSweeney’s Internet Tendency. He was a judge for the MacArthur Foundation’s Digital Media and Learning competition in 2007, 2010, and 2011.

Robert V.S. Redick is the author of The Chathrand Voyage Quartet, recently completed with book 4, The Night of the Swarm, in February. Redick studied literature and Russian at the University of Virginia, tropical conservation and development at the University of Florida, and fiction writing in the Program for Writers at Warren Wilson College in Swannanoa, NC. He has worked as the editor for the Spanish and French websites of the antipoverty organization Oxfam America, and as an instructor in the International Development, Community & Environment (IDCE) Department at Clark University in Worcester, MA.

Nathan Ballingrud won the Shirley Jackson Award for “The Monsters of Heaven.” His stories have appeared in Naked City: Tales of Urban Fantasy, Lovecraft Unbound, Teeth: Vampire Tales, and Inferno: New Tales of Terror, among other places, and have been reprinted in Year’s Best anthologies several times. His first book, North American Lake Monsters: Stories, will have just been published by Small Beer Press prior to the event.

Ann VanderMeer currently serves as an acquiring short fiction editor for Tor.com, Cheeky Frawg Books, and Weirdfictionreview.com. She was the editor-in-chief for Weird Tales for five years, during which time she was nominated three times for the Hugo Award, winning one. Along with nominations for the Shirley Jackson Award, she also has won a World Fantasy Award and a British Fantasy Award for co-editing The Weird: A Compendium of Strange and Dark Stories. Other projects have included Best American Fantasy, two Steampunk anthologies, and a humor book, The Kosher Guide to Imaginary Animals. Her latest anthologies include Steampunk III: Steampunk Revolution, The Time Traveler’s Almanac, and an as-yet anthology of feminist speculative fiction.

Jeff VanderMeer has been published in over twenty countries. He recently signed a three-book, six-figure deal with Farrar, Straus & Giroux. His novels have made the year’s best lists of the Wall Street Journal, the Washington Post, and the San Francisco Chronicle, and he is the recipient of both an NEA-funded Florida Individual Writers’ Fellowship and Travel Grant. VanderMeer is a three-time winner of the World Fantasy Award and has been a finalist for the Nebula, Hugo, Philip K. Dick, and Shirley Jackson Awards, among others. He also regularly reviews books for the New York Times Book Review, the Guardian, Los Angeles Times Book Review, and the Washington Post. He has lectured at MIT, the Library of Congress, and many other institutions. He has a forthcoming writing book: WonderBook: The Illustrated Guide to Creating Imaginative Fiction, and his Southern Reach trilogy, forthcoming from Farrar, Straus & Giroux in early 2014, has been optioned by Paramount Pictures.

Mur Lafferty is the author of Playing For Keeps, The Afterlife Series, and Marco and the Red Granny. She recently stepped down as the editor of Escape Pod magazine and is a pioneer podcaster behind the shows I Should Be Writing and the Angry Robot Books Podcast. Her novel The Shambling Guide to New York City will be published by Orbit in late May.

ABOUT THE EVENT SERIES:

Shared Worlds is a two-week residential summer camp at Wofford College in Spartanburg, SC, based on a “shared world” theme. A shared world is a growing trend in fiction that centers around a complete, fictional world designed by a group. During Wofford’s Shared World program, students will design fantasy worlds with other young, creative writers and share those worlds through fiction, art, and game design.

Bull Spec was founded by publisher Samuel Montgomery-Blinn (Durham, NC) in 2009 to give a voice and vehicle to the area’s writers, artists, and critics of science fiction and fantasy. The eighth issue of the print magazine is forthcoming, to be launched on World Book Night, Tuesday, April 23 at Durham’s Atomic Empire at 7 pm.

ABOUT THE RALEIGH REVIEW:

The Raleigh Review is a literary and arts magazine founded in 2010, supported by United Arts Council of Raleigh & Wake County, with funds from the United Arts campaign as well as the N.C. Arts Council, a division of the Department of Cultural Resources. Their Writers’ Loft is located in Raleigh’s Sunset Hills Neighborhood at 3039 Medlin Drive.

Sunday August 4: The Orange County Library hosts Karen Lord for a “meet the author” event at its Main Library in Hillsborough, starting at 4 pm.

Monday August 5: The Chapel Hill Library hosts Karen Lord for a “meet the author tea”. Refreshments start at 3:30 with the program starting at 4 pm.

Monday August 5: Flyleaf Books hosts Karen Lord for a reading and signing of The Best of All Possible Worlds. From 7 to 8 pm.