Paul Kincaid’s From the Other Side, January 2014: Simon Ings, Adam Roberts, James Smythe, and some awards talk

I’m going to use this column to talk about some of the things that are happening in science fiction in Britain each month.

January, of course, is not usually a month when publishers roll out their biggest guns, but this year seems to be something of an exception. Gollancz have brought out Wolves by Simon Ings, which I confidently expect to feature on a few best of the year lists come this time next year (I certainly expect it to feature on my list). It is set in a near future in which flooding is starting to change the British landscape. This is, of course, a very familiar scenario for anyone who has read British catastrophe fiction, from Richard Jefferies to Christopher Priest, but given the heavy rain and flooding we’re enduring for the second winter in a row it does feel awfully prescient. But Wolves is not really a catastrophe novel, there’s an element of cyberpunk in the Augmented Reality technology that can change the way we see reality, and there’s also a very affecting mystery as a young boy finds his mother murdered and his father growing more distant. The publishers are comparing it to J.G. Ballard and even to Iain M. Banks, though I think a better comparison might be to M. John Harrison.

Also from Gollancz comes Twenty Trillion Leagues Under the Sea, a gorgeous collaboration between Adam Roberts and illustrator Mahendra Singh. As well as his award-winning science fiction, Roberts is also known as a rather cheeky pasticheur, but this novel seems to fall midway between the two. It’s a thrilling sequel to Jules Verne’s original, set aboard France’s first nuclear submarine, the Plongeur.

Another new novel that is generating quite a bit of excitement is The Echo by James Smythe from HarperCollins. It’s a sequel to last year’s The Explorer. In the original novel, a journalist found himself the last man alive on the first manned mission into deep space. In this sequel, it’s twenty years later and a new mission is preparing to find out exactly what did happen on that fateful first voyage. Smythe is a new writer who has produced quite a lot in a very little time, but with no obvious diminution of quality, so this could well be a book to look out for. 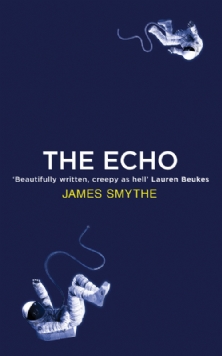 January is also the beginning of our award season. The Arthur C. Clarke Award has caused quite a stir by separately releasing the list of the 33 novels by women submitted this year. Given the controversy over last year’s all-male shortlist, it was a canny move, and shows what a strong shortlist could be compiled just from these titles (though I note that the novel I would have like to see win the award is missing from the list, and that is Life After Life by Kate Atkinson). However, the remainder of the submissions list is due to be released shortly, so I’ll hold off on discussing the award until next time.

I can, however, mention the shortlists for the Kitschies. The Kitschies have only been going since 2009, but their idiosyncratic criteria (they “reward the year’s most progressive, intelligent and entertaining works”) and the high quality of the awards (previous winners of the Red Tentacle include China Mieville, Lauren Beukes, Patrick Ness and Nick Harkaway) have marked them out as one to watch. And this year’s list, as ever, contains works that are unlikely to feature on other SFF lists (Thomas Pynchon? Anne Carson?), but which makes this award particularly interesting and exciting. And I’ll be able to report on the award ceremony next month.

This entry was posted in From the Other Side and tagged adam roberts, james smythe, kate atkinson, life after life, mahendra singh, paul kincaid, simon ings, the arthur c clarke award, the echo, the kitschies, twenty trillion leagues under the sea, wolves. Bookmark the permalink.

2 Responses to Paul Kincaid’s From the Other Side, January 2014: Simon Ings, Adam Roberts, James Smythe, and some awards talk