ConTemporal is this weekend (June 27-29) at the Hilton North Raleigh/Midtown, and artist guest of honor Dave Lee is one of dozens of guests coming to town for the event. Lee’s travel isn’t too far, as his Hatton Cross Steampunk is located in Gloucester VA. An accomplished and award-winning Steampunk artist, he is also an author: his Steampunk western novel entitled Country in Ruin:1865 is published through HCS Publishing and its sequel World in Ruin:1870 is due out in 2014. Here, Lee took the time for some questions from Durham photographer Paul Cory.

Q:  Why Hatton Cross? Is there a particular significance to the name?

A: It started out as a joke. A British friend of mine said the best way to pick your steampunk name was to pick two or more names from London underground stations. There are more than a hundred with very unique names. Hatton Cross is a station and I just liked the sound of it. I’ve always had it in my head that we’d have a group instead of an individual.

Q: How did you get introduced to steampunk, and what about it keep your creativity flowing?

A: I was first introduced to Steampunk by belly dance, yes, that’s right, belly dance. My amazing wife (Aela Badiana) hosted a belly dance show out of California called “The Silent Sirens Theatre” and the producers encouraged us to get the audience to come in steampunk attire. A few google searches and I’ve been hooked ever since.

I do not see a limit to what is possible with steampunk so I haven’t had a problem to this point with staying inspired. I do at times have to take a step back and look at what I’m currently doing, what I’ve been doing and to see if anything bubbles to the top as far as inspiration goes.

Q: You recently published your first novel – something a bit uncommon for a maker/visual artist. But before that, your daughter started publishing her novels. What role did you play in helping her with her writing and publishing, and how did that affect your decision to attempt a full-length novel?

A: I was inspired by my daughter Jessica’s talent at writing as well as her determination in actually finishing her novel (at age 13). I could hardly believe that such a young kid could do that, so when it came time for me to write, I really had no excuse.

The lessons I learned helping her to self publish are what let me found HCS Publishing. Really, everyone associated with HCS Publishing owes a huge debt of gratitude to a very ambitious 13-year-old, of which I couldn’t be more proud.

Q: Your steampunk projects have been increasing in size, complexity and functionality over time. Which project has been the most satisfying, and what’ s next one that’s making the jump from drawing board to reality?

A: I’d have to say my favorite is the Gentleman’s Armored Battle Carriage, aka ‘tank’. This was a family project that involved my father, Tony Lee, my wife Aela, my brother Joseph and my daughter Jessica. The fact that I have a cool vehicle to get inside and drive around is merely a bonus.

I’ve been trying to up my game for some time now on the electronics side of the house. I’ve found that I like it if I can evoke an individual’s “two-year-old-effect”. This is what happens when someone sees bright lights and movement, they go “ooooooo” and the two-year-old effect is released. I get a lot of satisfaction out of that.

The next project to go from drawing board to reality is my Domesticated Steampunk Troll. This is a costume and a character to accompany Brett King’s Troll Hunter. It involves stilts so let’s just say it will either be epic or epically disastrous. I’m hoping for the first. It will be debuted at ConTemporal.

Q: What’s the one thing interviewers never think to ask you, that they really should?

A: I guess one thing about me that rarely comes up would be some of my heritage background and culture. I am 1/4 Native American (Cherokee) and it has always been a huge part of who I am and how I think. I spent many years dancing in the Pow Wow circuit as a Northern Traditional dancer. My daughter was dancing from about age 2.

It may not seem significant but that culture has influenced the way I think about everything and how I treat people. This has translated to my steampunk art, the stories I write and how I raised my daughter, even how I run our publishing company. So I guess that would count as something that rarely comes up but would be nice if it did.

Q: Follow up: can you speak a little more specifically about how your Cherokee heritage affects your approach to art, parenting and business?

A: That’s funny because it does affect pretty much everything I do. As a white guy growing up with Native family, I got the very fantastic gift of growing up with what is called “The Red Road”. Long story short, it’s a respect for all things and people and more about your actions contributing to the good of all than your self.

I use this philosophy by helping people achieve their own goals, such as self publishing, or recording a CD, or even making their own costume/prop. Growing up with a “foreign” culture that I technically belonged to taught me to be inquisitive and open minded, which really set the stage for my creativity to not allow any boundaries. It has affected the art that I make, the books that I’ve written, the help that I’ve given my daughter, the help that I’ve given other people and how I run HCS Publishing.

How many “non-profit publishers” have you ever heard of? That’s what HCS Publishing is, though. The company does not make any money: all earnings to go the authors, editors and artists that help an author’s dream become a reality. The result is a story with nothing but love put into it and a product that is designed to inspire.

About the interviewer: Durham photographer Paul Cory is frequently found at local and regional conventions, taking artistic photographs of cosplayers, performers, and exhibitions. You can also find his photography on Facebook. 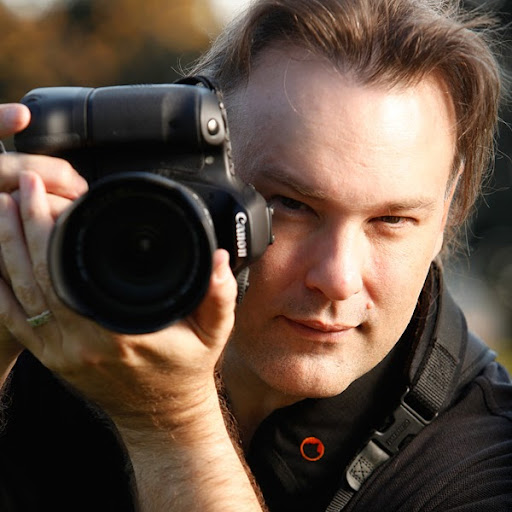 This entry was posted in Coming to Town and tagged contemporal, dave lee, paul cory. Bookmark the permalink.