Paul Kincaid’s From the Other Side, July 2015: Adam Craig’s Vitus Dreams, Ian Sales’ A Prospect of War, infinity plus, Tom Holt, Charles Stross, Louisa Hall, and Tales from the Vatican Vaults

From the Other Side, July 2015
By Paul Kincaid

We were in Wales at the start of the month, and in a small bookshop there I came across a beautifully-produced novel from a small Welsh press. Vitus Dreams by Adam Craig (Cinnamon Press) is what used to be called experimental fiction: that is, the book proceeds by puns, spoonerisms and other word play rather than by plot. There is a plot, or rather, there are several plots that rise and recede with the regularity of waves, but they are not the main focus of the novel. And the text is arranged on the page in boxes, at angles, in graceful, swooping curves. In among all of this play with how a book looks and is read, we follow Vitus Bering who sets out to discover a sea that did not exist before he dreamed of it, John Franklin who becomes lost in a map of his own making, and Ulysses wandering aimlessly on his way to Ithaka, NY. Like many such experimental novels, it is at times far too clever for its own good, but if you have patience for such kaleidoscopic inventions it is actually a very enjoyable book. And since I have seen no-one else even mention it, I draw it to your attention here. 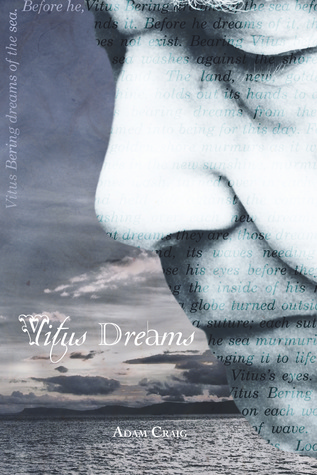 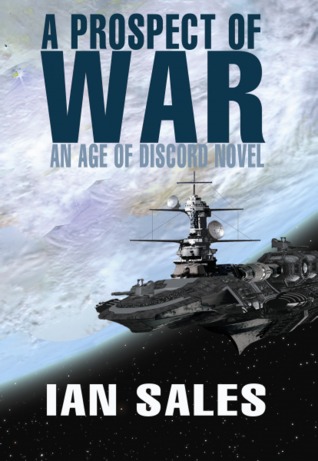 Two other small presses have been rather more successful at bringing their books to our attention, and the books are more conventional science fiction. Fresh from completing his highly rated Apollo Quartet of novellas from his own Whippleshield Books (Adrift on the Sea of Rains, The Eye with which the Universe Beholds Itself, Then will the Great Ocean Wash Deep Above and All that Outer Space Allows, the last of which only appeared last month), Ian Sales has now embarked on a mighty space opera trilogy. A Prospect of War (Tickety Boo Press) is the first part of An Age of Discord, and sets up a very traditional space opera setting with a, interstellar empire, a civil war, the clash of space navies and a mysterious figure called the Serpent. As with the Apollo Quartet, however, which neatly undermines the history of the space programme and the history of science fiction, we can expect An Age of Discord to subvert what we expect of a space opera.

Meanwhile, infinity plus brings us Beautiful Intelligence by Stephen Palmer, an sf thriller in which two rival teams race to create a sentient machine. Set in a dystopian future where Japanese companies virtually hold their researchers prisoner, the two teams are led by people who have escaped from the company. But their researches are constantly threatened by a company chase team close on their heels. Shorter pieces from infinity plus this month include a first standalone edition of The Ragthorn, the World Fantasy Award-winning novella from Robert Holdstock and Garry Kilworth, and the first ebook edition of Kit Reed’s Little Sisters of the Apocalypse. After being revealed to be K.J. Parker a couple of months ago, Tom Holt is back with a new novel under his own name. The Good, the Bad and the Smug (Orbit) is another of his comic fantasies in which the realms of evil are shown to be not dissimilar to contemporary office politics. In this case, a goblin king finds his rule is put in jeopardy when someone starts pumping gold into the human kingdoms, so, aided by an elf with a background in journalism, he has to set out to discover what is going on.

When you think about, that combination of office politics and the realms of evil is not too far from the Laundry novels by Charles Stross, the latest of which is The Annihilation Score (Orbit). In this instance, Laundry agent Mo O’Brien has to liaise with the police when ordinary people start to develop supernatural powers. Then a mysterious figure known as Dr Freudstein starts committing heists and sending increasingly threatening messages to the police. Though, speaking personally, the book from Orbit (ed. note: Ecco Press in the US) that most intrigues me is Speak by Louisa Hall which takes us from Alan Turing’s conviction in the 1950s to a Silicon Valley Wunderkind imprisoned in 2040 for creating illegally lifelike dolls; from a pilgrim girl writing her diary to a traumatised young girl exchanging messages with a software program. All these lives have shaped and changed a single artificial intelligence – MARY3, whose story this is.

Finally, I should point out a new anthology from Robinson. Tales from the Vatican Vaults, edited by David V. Barrett, a collection of alternate histories and secret histories revealed when the most closely-guarded files in the Vatican are thrown open to the public. The anthology contains a story by me, but don’t let that put you off. There are also brand new stories from Mary Gentle (her first for some time), Garry Kilworth, Storm Constantine, and Dave Hutchinson among many others. 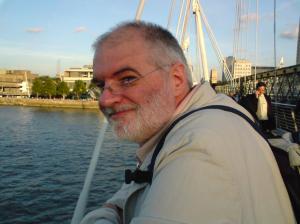 One Response to Paul Kincaid’s From the Other Side, July 2015: Adam Craig’s Vitus Dreams, Ian Sales’ A Prospect of War, infinity plus, Tom Holt, Charles Stross, Louisa Hall, and Tales from the Vatican Vaults