Friday, August 30, 2013: Wow, what a week. Readings from Wilton Barnhardt, Marisha Pessl, Jason Mott, and (last night) Richard Kadrey, and now it seems the area is emptying of its creative critical mass as people head variously to DragonCon (Clay and Susan Griffith, Gail Z. Martin, Natania Barron, Laura Haywood-Cory, AJ Hartley, Gray Rinehart, Glennis LeBlanc, Davey Beauchamp, John Hartness, Jay Requard, and Bull Spec’s own The Exploding Spaceship, Gerald and Angela Blackwell, among many others), WorldCon (Mur Lafferty, up for the John W. Campbell Award for Best New Writer, John Kessel, Mark Van Name, and Warren Buff, among others), and PAX (Richard Dansky among others). If you’re out at one of these conventions, check your programs!

Meanwhile there’s been a huge amount of local and regional publishing news to share: 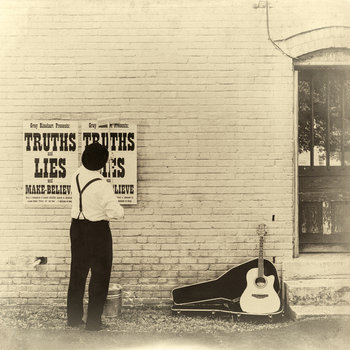 Whew! In terms of new upcoming events, I did add a few to the September newsletter, notably the September 9-15 Escapist Film Festival at The Carolina Theatre of Durham. Immediately upcoming, this Saturday (tomorrow) sees two of the Triangle’s best comics stores continue their month-long anniversary celebrations, with Ultimate Comics hosting an 11 am “memorial” service for “The Death of Ultimate Al” and Chapel Hill Comics hosting a joint signing event with Lisa Hanawalt and Brian Ralph from 6 to 9 pm.

Next week kicks off with Pittsboro author David Drake, who (1) will be interviewed at 10 am on Monday on Carolina Book Beat, (2) will be interviewed in the noon hour on Tuesday on WUNC’s The State of Things, and (3) launches his new Books of the Elements novel Monsters of the Earth on Tuesday night at the Cary Barnes & Noble. Then on Wednesday September 4th, Quail Ridge Books hosts Susan Cooper, the Newbury Medal Award winning author of The Dark is Rising series.

See you next week!

31 (Saturday) 6 pm to 9 pm — Chapel Hill Comics hosts Signing with LISA HANAWALT & BRIAN RALPH! “Chapel Hill Comics is proud to announce that as part of our 10th/35th Anniversary Festivities, we will host Lisa Hanawalt and Brian Ralph on Saturday, August 31, from 6pm until 9pm! Lisa will sign her newest book, My Dirty Dumb Eyes (out now), and Brian will sign his newest book, Reggie-12 (Drawn & Quarterly is getting us copies early for the signing)!”

3 (Tuesday) 7 pm — Barnes & Noble of Cary hosts Pittsboro author David Drake for a discussion/signing of his new book Monsters of the Earth (Books of the Elements, #3) on Tuesday, September 3 at 7:00 pm.