In honor of International Women’s Day we bring you some thoughts on our favorite women science fiction writers and a review of a recent release from one of our favorites, Brenda Cooper. Her first books are space adventures set on a lost ship which finally arrives at its destination, and she has a new series set in the same universe.

This is the first volume in a series called The Glittering Edge which is set in the same universe as The Creative Fire and The Diamond Deep but a generation after the arrival of the starship Creative Fire.

Nona was the first person from the Creative Fire to be born on the Deep and be given the cocktails of life. She’s had to watch everyone from the spaceship grow old and die, including her parents Onor and Marcelle. With the help of her parents’ legacy and Satyana, a wealthy family friend, Nona embarks on a trip to Lym to fulfill her father’s wish that she walk on a planet, something he had always wished to do. Nona gets a ranger guide named Charlie to take her places on Lym. Neither young adult was really what the other expected based on their opinions of people from Lym or the Deep. They find they have much more in common than either would have thought. Their romance is slow, careful and full of fumbles and when they are separated because of their jobs both are not happy alone.

When their area of space is invaded by the cyborgs exiled years before from the Deep, the tone of the book turns much darker. The story of Nona’s friend and her family who are captured and uploaded into cyborg bodies really makes the reader think about what defines a human being. Her uploaded friends are not the same as they were in their original biological bodies, but they aren’t like the robots who can’t slow down to interface with humans either. Nona and the others in her universe have to decide how to treat these uploaded people and the cyborgs that made them. The wrong decision could result in death and destruction for Lym and the Deep. The uploaded people have to convince the Deep citizens that they deserve to be treated like humans with feelings and emotions, not like the supposedly unfeeling robots who were exiled.

Nona and Charlie’s journey from young adults to representatives of their people is filled with many emotional and dangerous moments which will pull the reader into the story. It moves quickly and has an unpredictable plot which is set in many interesting places, including a nature preserve on another planet, on various ships, and some space stations. Jenn Reese, Kim Curran, Janet Edwards, Amie Kaufman and Meagan Spooner are some of our favorite writers of middle-grade and young adult science fiction. Kaufman and Spooner write the Starbound novels for teens which have male and female lead characters having adventures on alien planets. Janet Edwards writes college adventures of Jarra set on a future earth where most everyone lives somewhere else. Kim Curran has written several books set in alternate or future London which have very interesting science and tech. (See reviews here.)

Stephanie Osborne writes science fiction mysteries with Sherlock Holmes displaced to modern day. Many of them have physics twists to them because she is a scientist. (See review here.)

Elizabeth Bear writes everything from cyberpunk, fantasy, and space opera to steampunk. We have been reading her work since her first novel appeared. (A review of her most recent release can be found here.)

In addition to the writers mentioned above, there are several female writers of short fiction whom we always look for in magazines and anthologies. These include Justina Robson, N.K. Jemisin, Paula S. Jordan, Seanan McGuire and Lee Martindale. (A review of Lee’s short fiction anthology can be found here.) 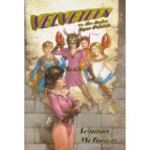 For a good dose of some of the female writers mentioned above and many more try Lightspeed magazine; Issue 49 (June 2014) is a special edition called “Women Destroy Science Fiction”. Every story in there is written by a woman and all of them are well worth a read. You can find it here.